We all know by now, that the Post Office jumps in Aptos are getting torn down soon. It sucks, but while we are all thinking about it, Héctor asked me if I had any old photos from Post.

When I started looking through the archives (thanks Mom for mailing that hard-drive), I realized that I had a ton of stuff not only from Santa Cruz, but from all the awesome trips that I took while I lived there. It was super fun for me to go back through those years. I sent a bunch of random images that I liked, including some of Post Office in the ride down the street days.

I hope you guys enjoy these as much as I enjoyed finding them.

Alex Reveles, indian-air. A-Rev and I couldn’t afford to go to Whistler one year, so we went halfway to chill with Goldman and check out his new spot.

Left: Greg Watts, flip-tuck while shooting for Decline. / Right: Alex Reveles, bermslider at Freedom 40 before it was called Freedom 40.

Alex Reveles, tuck-nohander. A-Rev, Randy Spangler’s friend Andy, Kyle J and I used to go here every day after school and listen to the 4 tracks on his mp3 phone because the car radio didn’t work. This one was on the way home from Crankworx Colorado, then we went to my house, and Goldman busted out some next level shit on my Mom’s piano.

Left: Andrew Taylor, downside tailwhip for a Gravity AD. We built this jump, then came out very early in the coldness and AT stomped this downside whip in a couple tries. I thawed my hands all the way home. I thought I had lost this file in a stupid backup accident, the only one ever, until I just found it. Psyched. / Right: Alex Reveles, table-top at his old backyard ramps. This was my first ad for Gravity, and it always reminds me of why I love shooting with Alex, it only took a handful of frames to get it.

Ryan Howard, barspin at the River Jumps in Whistler.

Left: Ryan Howard, 360 at Post, winter ’09 while home from photo school. / Right: Alex Reveles and Andrew Taylor, Floatin’ cover. A-Rev’s got pop, AT flipped right behind him and almost took everyone out.

Greg Watts, the superman seatgrab that inspired the planking phenomenon.

Ryan Howard, bermslider at Post. I could literally spend the rest of my life watching Ryan ride some dirt jumps.

Left: Brandon Semenuk, Air at the Air Dome, Whistler. / Right: Whistler one summer with R-Dog, Kyle J and Norbs. It was really hard to get around that room. 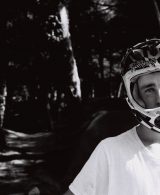 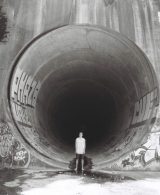