Most of us dream about becoming a pro one day, but only a few really achieve that. Getting paid to ride your bike sounds like the perfect life, and although most of the time is, it can be more complicated than it looks.

Jeff Herb has been there and done that, but now lives a different life.

“2015 was a heavy year for me. I went from one injury to the next, with a couple of weeks on the bike between them. It started with my collarbone in March, then I tore a ligament in my wrist right after that healed. Then at Hokkfest, I bruised my liver, kidney, and lungs. After each injury, I felt like the year was getting away from me, and I had to ride hard to play catch up. I was feeling great in Utah but ended up riding poorly and breaking my leg. It’s always hard for me to ease into things. I get really excited and wanna send it.”

the crash, the recovery

“The crash was not a bad crash. I went too fast and blew up on a tiny set up hip that my crew had built for me. If I could do it again, I’d probably have done the same thing under the circumstances. You just don’t think you’d get hurt on a small thing like that. The recovery took way longer than I thought, though. I thought it’d be four months, but it was seven months before I could walk without a cane, and long before I could ride.”

“I had no issue doing what my sponsors wanted to get value from our relationship. I chose to see those appearances, media posts, and emails as a way to ride more, not a way to put money in my bank account. I always worked some construction on the side to help pay for life. I’ve always had the dream of having a farm and living in the country, so while healing from my broken leg, I decided that it was a transition point in my life, and it was time to start building and saving for the next chapter.”

“I had an incredible time in Aptos in the eight years I lived there. I couldn’t have asked for anything more from it. The guys down there truly gave me so much help with everything from sponsors to travel opportunities. I’ve had so much fun on a bike, and I’ve been incredibly lucky to have sponsors and friends help me do the things I wanted.”

“A lot is different now, I work way more. I work for a farm managing contractors and permitting, and I’m gonna be going back to school to get a degree in agricultural management. I’m really grateful to be able to work and make a living, though. I think everything I’ve done and been through has led me to where I am.  For me, I learn best from living it, not reading it. I miss the FEST events when I see them now, but I don’t regret a thing.”

“Becoming “pro” wasn’t really the goal. It was more a question of do I want to ride more or work more. I broke a lot of bikes in the beginning. I had to work to buy new ones and work to pay for my travel expenses. I would break a bike and show the manufacturer, and tell them that if they replaced it I would go ride the Slopestyle events that summer with it. Things like that would lead to developing relationships with companies.

My strategy was to try to put yourself in their place. Some guy who’d rather be biking is sitting at his desk answering warranty emails. I’d send them something that was more personal than generic, and try to show them how good of a time it was out on the trail. If you keep that guy updated on trail conditions, he’ll look forward to dealing with you. Make your proposal something that they look forward to opening, instead of just asking for free shit. If they don’t know how much fun you’re having, how would they expect you to sell their bikes?

Do what you do best, and do your best at it. Don’t try to be a rider your not. Don’t be a dick, and keep your word. But mostly, just ride. And dig a lot. “ 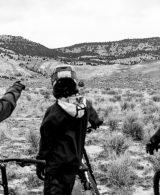 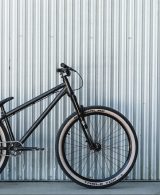