Toby Cowley was one of the few lucky photographers to be able to shoot at Cruzfest, the first FEST Series stop held by Kyle Jameson, Jeff Herb and Ryan Howard that took place at the Swanpound in Santa Cruz, CA back in April.

You have probably seen his digital photos from the event on our Instagram, as we were allowed to post daily updates, but what you have not seen yet, or known, is that before making the trip down to California from Canada, Toby picked up a cheap film camera.

Below you will see his very first non-digital photos.

“Last fall my homie Kyle J sent me a message saying that he wanted to have a FEST event in Santa Cruz and asked if I’d be interested in coming down to shoot it. I’ll be honest, I’ve never really been interested in shooting events. It just isn’t my scene. I tried it out a couple summers ago covering the biggest FMB events in North America but the crowds of people, the huge banners, the restrictions to where you could shoot from all while trying not get in the way of other photographers got old for me real quick. I have friends who do it and love it which is rad, but I just wasn’t into it.

That was until I heard about the FEST Series. The idea of the top freeriders in the world coming together to create a rider driven event series that would push the limits of freeriding really caught my attention. There are no rules. It’s almost not even an event, just a bunch of homies throwing down on huge jumps in a week long jam sesh. I think that’s why it appealed to me. I was stoked, especially once he sent me the Cruzfest invite video, if you’ve seen it, you know what i’m talking about (laughs). There was no way I was going to miss this.

A couple months ago I bought a cheap 35mm film camera off eBay. There’s a look and feel to film that you just can’t replicate with a digital camera that has intrigued me for a while now so I’m stoked I finally picked one up. Shooting film is still really new to me and definitely more of a challenge than I expected. These photos are from a roll I shot during the week that was Cruzfest.” – Toby Cowley 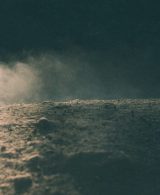 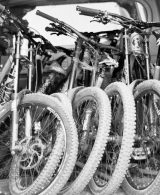