Welcome to the Ultimate Pumptrack Challenge presented by RockShox at Crankworx Les Gets 2017.

With a difference of +1.75 seconds over Adrien Dailly, Mitch advanced onto the next round.

Mitch on his nasty crash at Speed & Style and still managing to race the Pumptrack Challenge: “I was pretty sore the next morning, but I felt fine. I got pretty lucky to have been uninjured and probably used up one of my 9 lives on that one. I think that people around me were in more shock to see me racing than I was. The worst part about the whole deal was that I called that crash… I told Allen before I went up that if I frontflipped it, I would probably overshoot it to flat.”

Although he didn’t have the best start, Mitch managed to gain speed afterward and advance onto the next round with a difference of +0.52 seconds over Benedikt Last.

Thoughts of Mitch before the Semi-final against Adrien Loron: “I couldn’t figure out how to get off the starting gate faster the whole night. So I was basically spending most of my time watching everyone’s gate. I have come to find out that all I needed was a front brake.”

Mitch won the second run against Adrien Loron by +0.38 seconds, but that wasn’t going to be enough to improve his time from the first run, where he was +0.49 seconds slower than Adrien.

After a tight race against Eddie Masters, Mitch managed to take home the Bronze.

Mitch on his third-place finish: “Ahhh it’s whatever. I am happy to get a podium. I’ll just work on putting a front brake on and see how we go at the next round. We’re walking and talking and able to make it to Innsbruck so that’s a win in my book.” 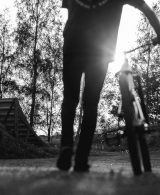 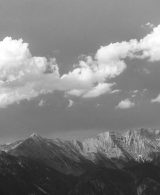