I can’t remember the day… I think that it was a Monday or Tuesday, I don’t know, but I am pretty sure that it was right after Rocket Air. Team America was coming to Barcelona. It was late, really late when my phone rung. Incoming call from Ray George: “We missed the last train to Premià de Mar (La Poma), we don’t know where we are… We are stuck in Barna-Sants, the train station… We have a lot of bikes and bags. We would like to go to our hotel. Can you help us?”. 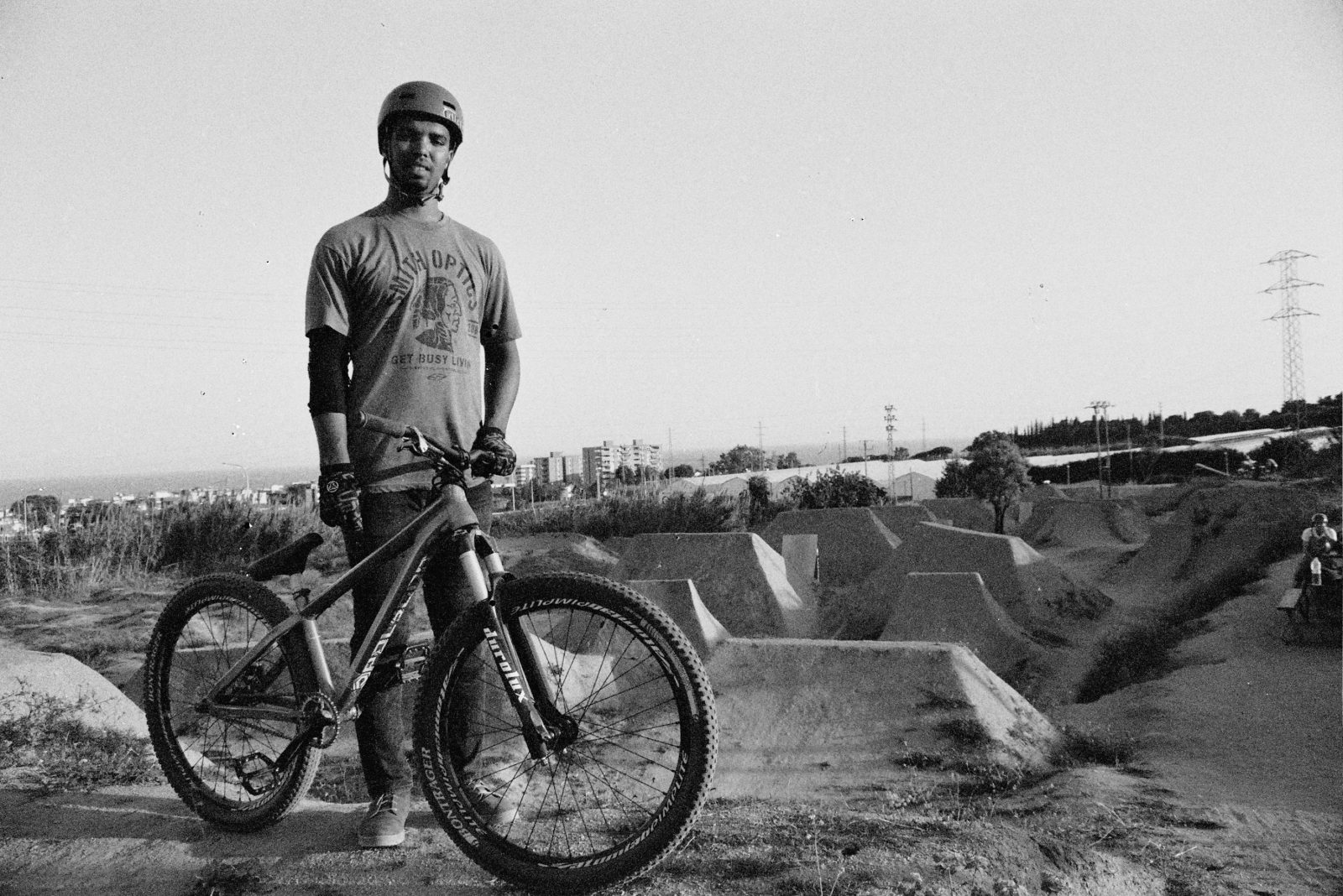 I met Ray last summer at Woodward West, CA. He came over with Jeff Herb to spend a week of riding with the kids at camp. After that, I spent six days in Santa Cruz riding and hanging out with them. Good times for sure. Almost one year later and he is able to come to Barcelona while touring Europe doing contests. It was rad. 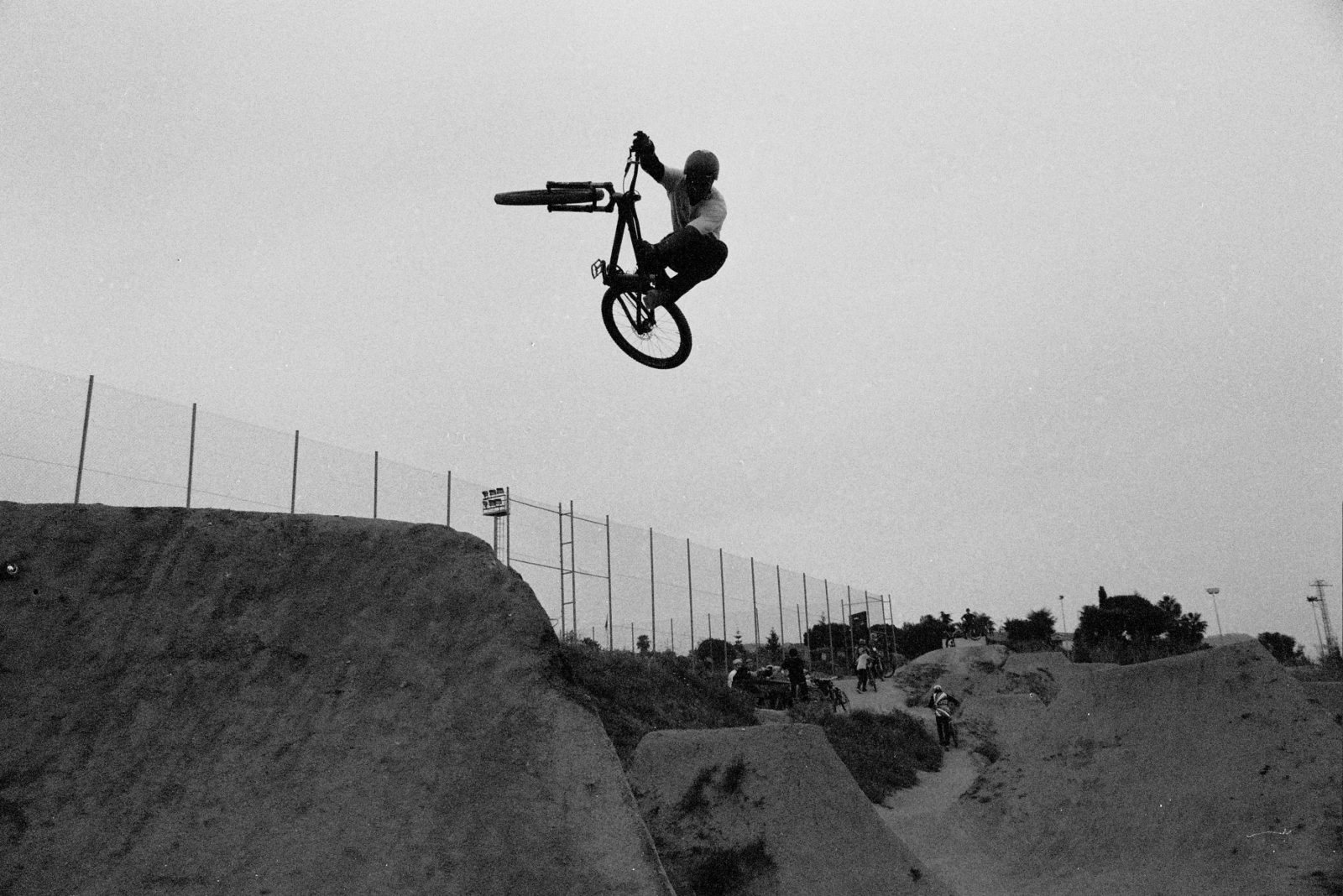 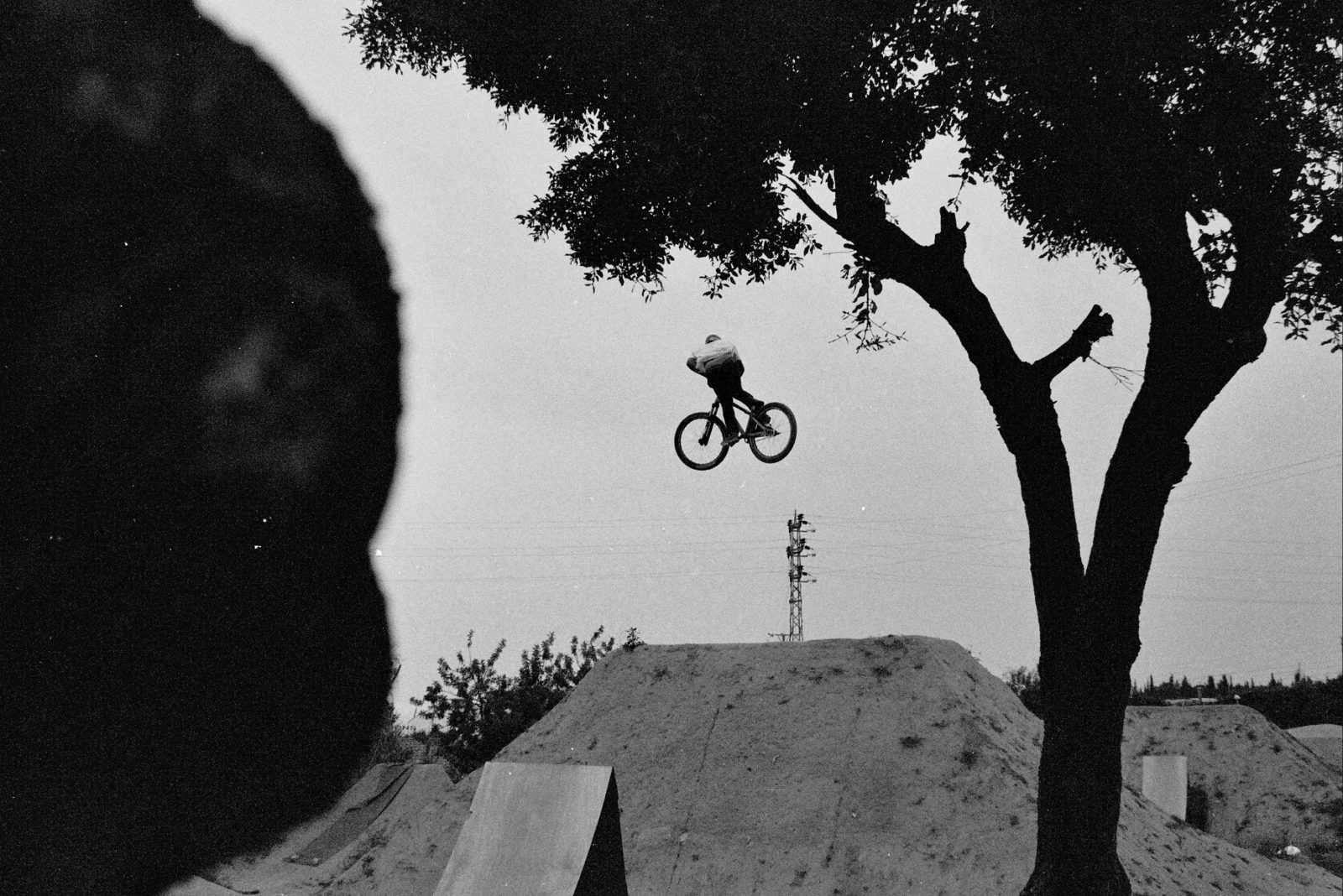 It’s difficult to get different angles when you are shooting in La Poma. The scenery is not beautiful and to come up with something new is hard. Although, I tried to mix the only two standing trees that are in the middle of the lines with Ray whipping the big jump, making it all look a little bit weird and dark. 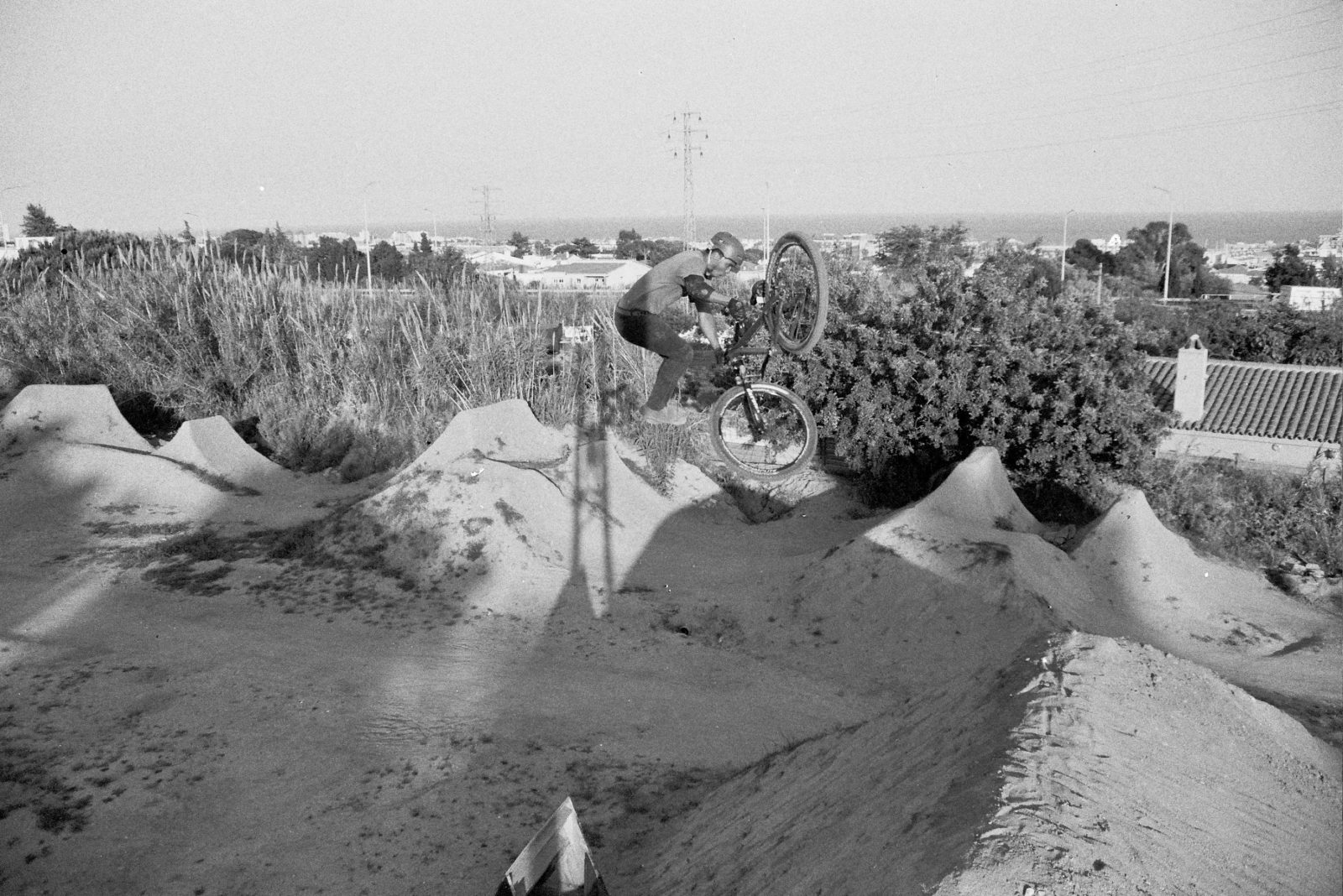 I am scared of heights. I could stand on big and tall roll-ins with my bike ready to drop in and everything would be fine, but when there is no bike with me, and it’s only myself, I don’t like it at all. Taking these two pictures that you can see above this lines wasn’t an easy task. I climbed this light post where there is a small and sketchy platform on it so I could stand still and wait for Ray and DJ to jump and trick the last set. As soon as they did what I wanted to photograph from up there, I went down, and took the photo that you can see below. 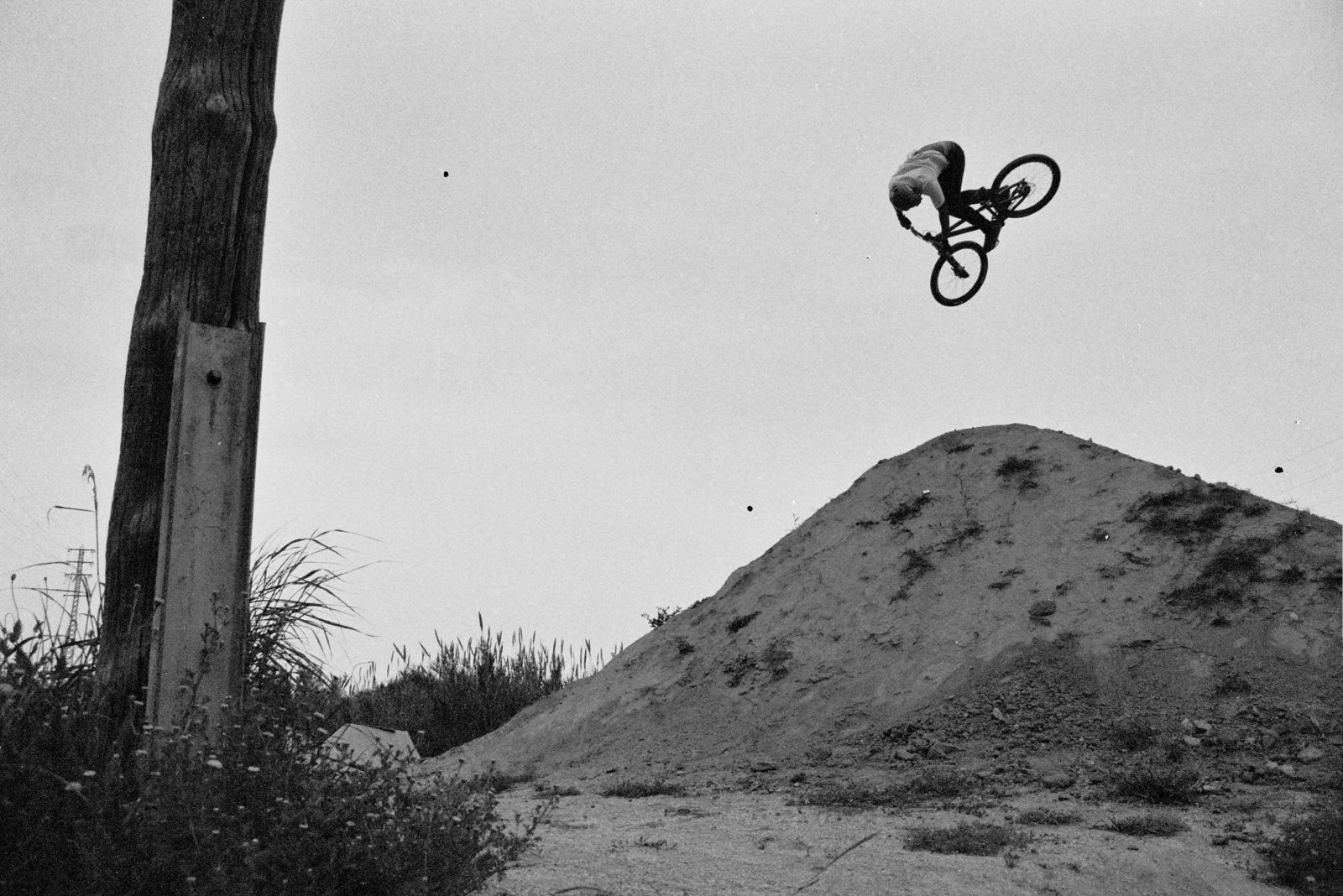 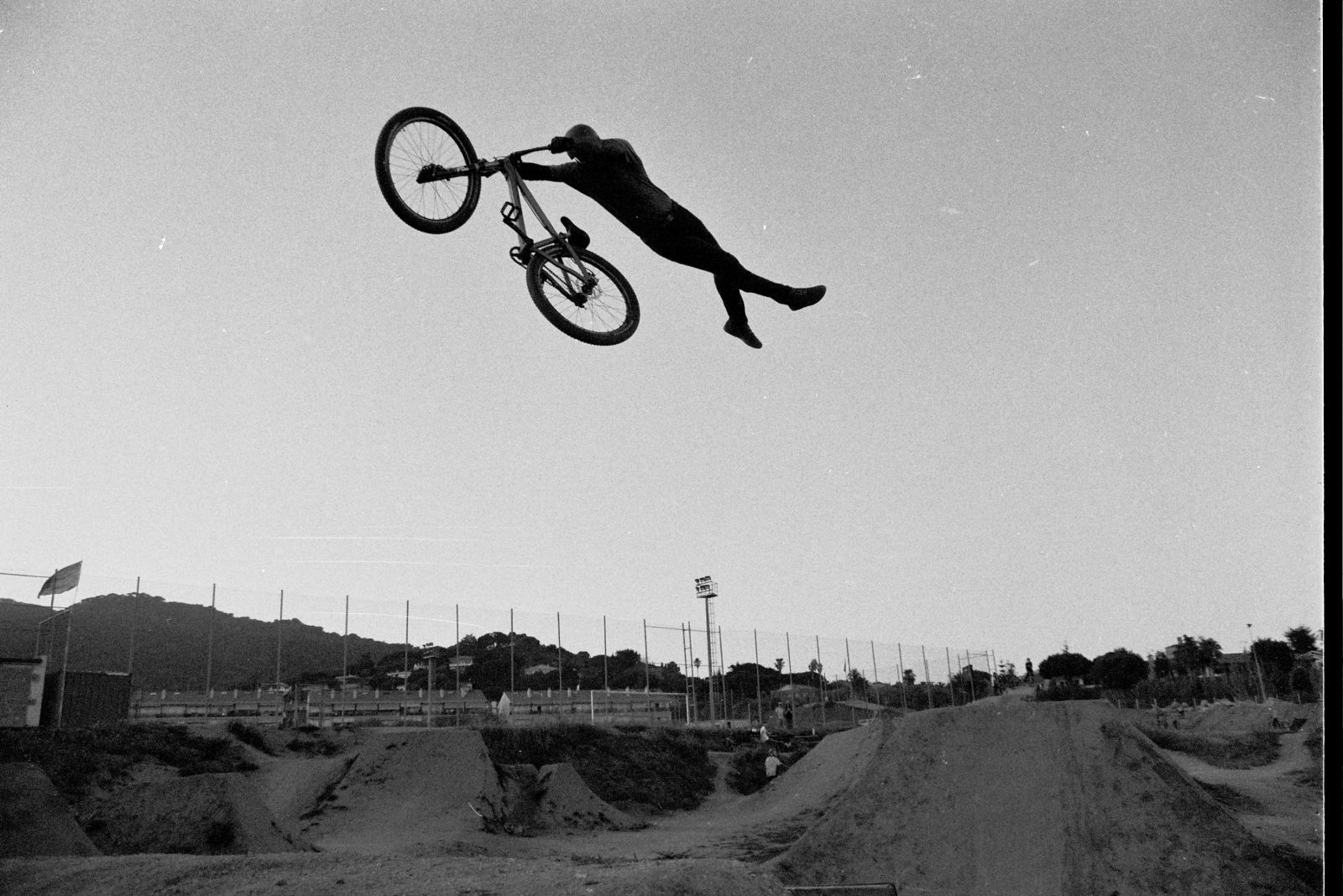 “The opportunity and experience to stay in Barcelona for a week was a blessing in disguise for us. Our original plan would’ve had us stay in expensive and rainy Switzerland for an additional week after Swatch Rocket Air. After some confusion and frustration with flights, we arrived in paradise. I’ve never visited before an area that I could confidently say that I could live in other than Santa Cruz. Our hotel was across the street from the topless beach and La Poma was just a 10 minute ride away. It was perfect. I enjoyed every minute of our stay and I can’t wait to go back.” – Ray George 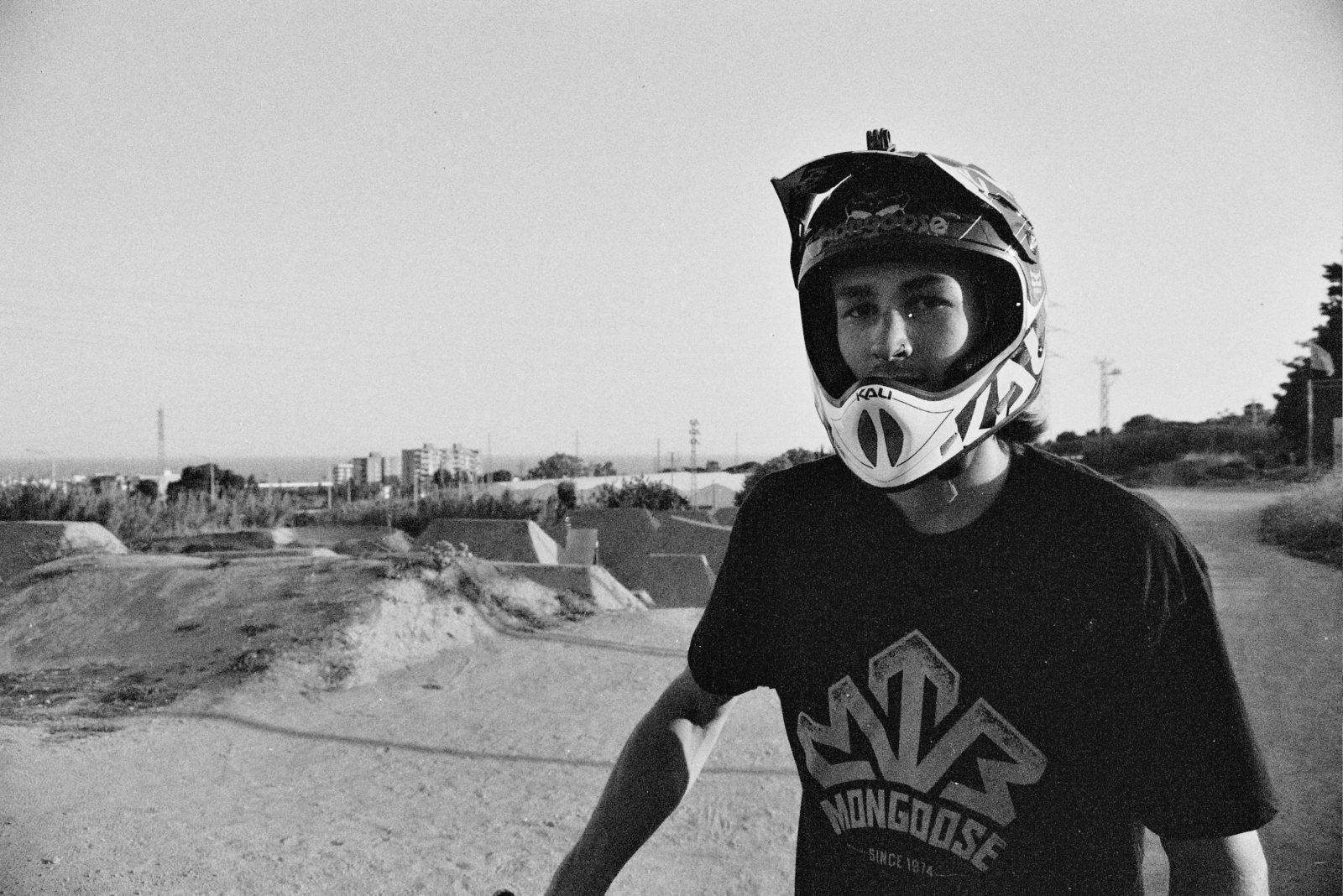 I have never met DJ before. I only knew him from Instagram. It’s always cool to meet new people. Basically, that’s one of the best things about our sport: to travel and meet new people while you see and ride new places. 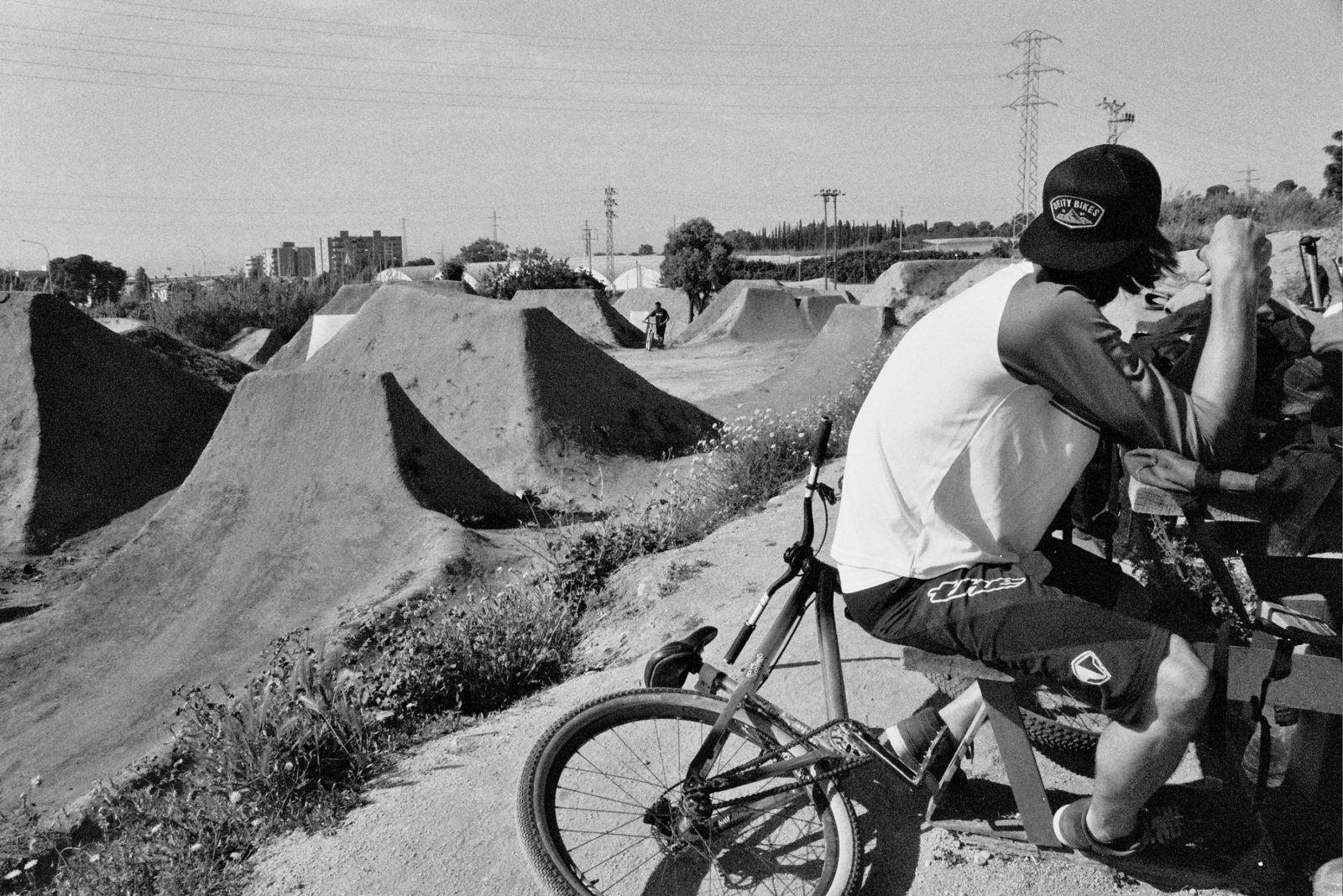 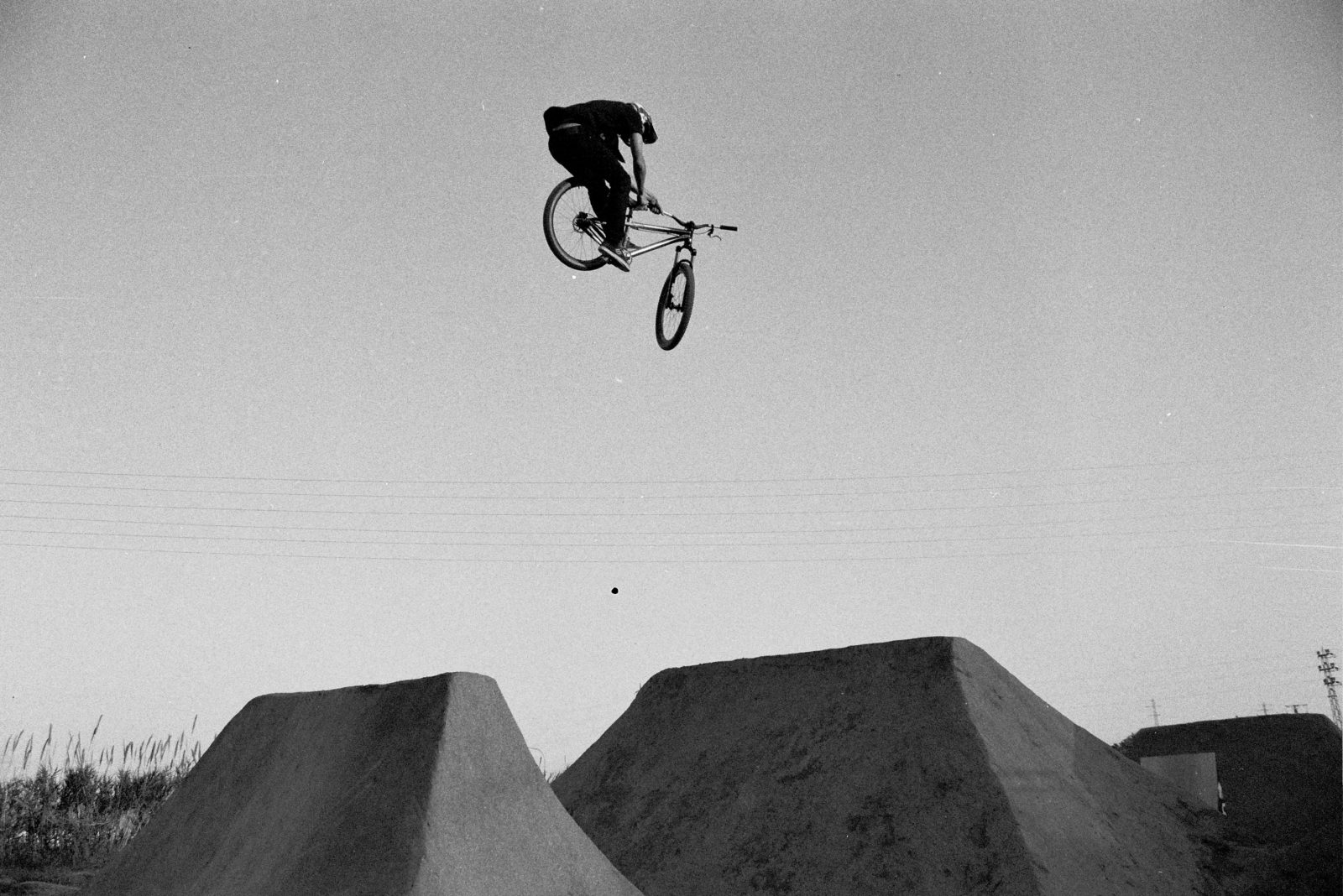 The lips and landings were in good shape so I wanted to try and get an “Egyptian pyramids” kinda look photo. Yeah it sounds weird. When I am shooting, I always ask what the rider can do at the jumps, then they say the possible tricks to do and I pick up the most stylish ones. I chose a toboggan. DJ fucked up his first try, not stretching it out a lot. (-1 photo). I yelled at him and he found it funny that he even did an Insta post about it. Second try worked out. 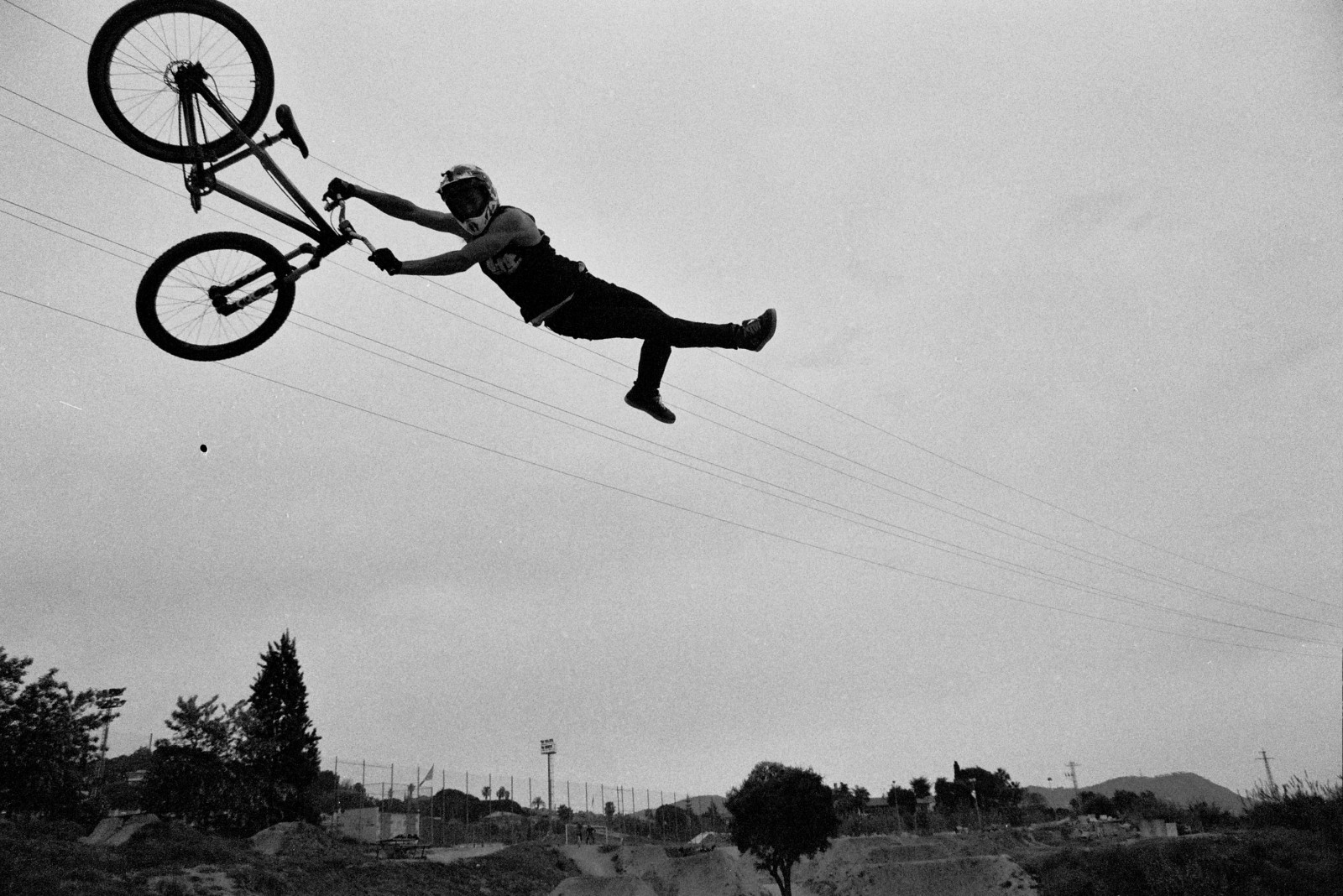 Same with this one. The only difference is that DJ did well, but I fucked up the timing – and probably the angle, and focus – the first time, so I had to ask DJ to do it again. No big deal. He does super-whips like I do one-footed tables. I had one more chance to get the photo that I wanted. 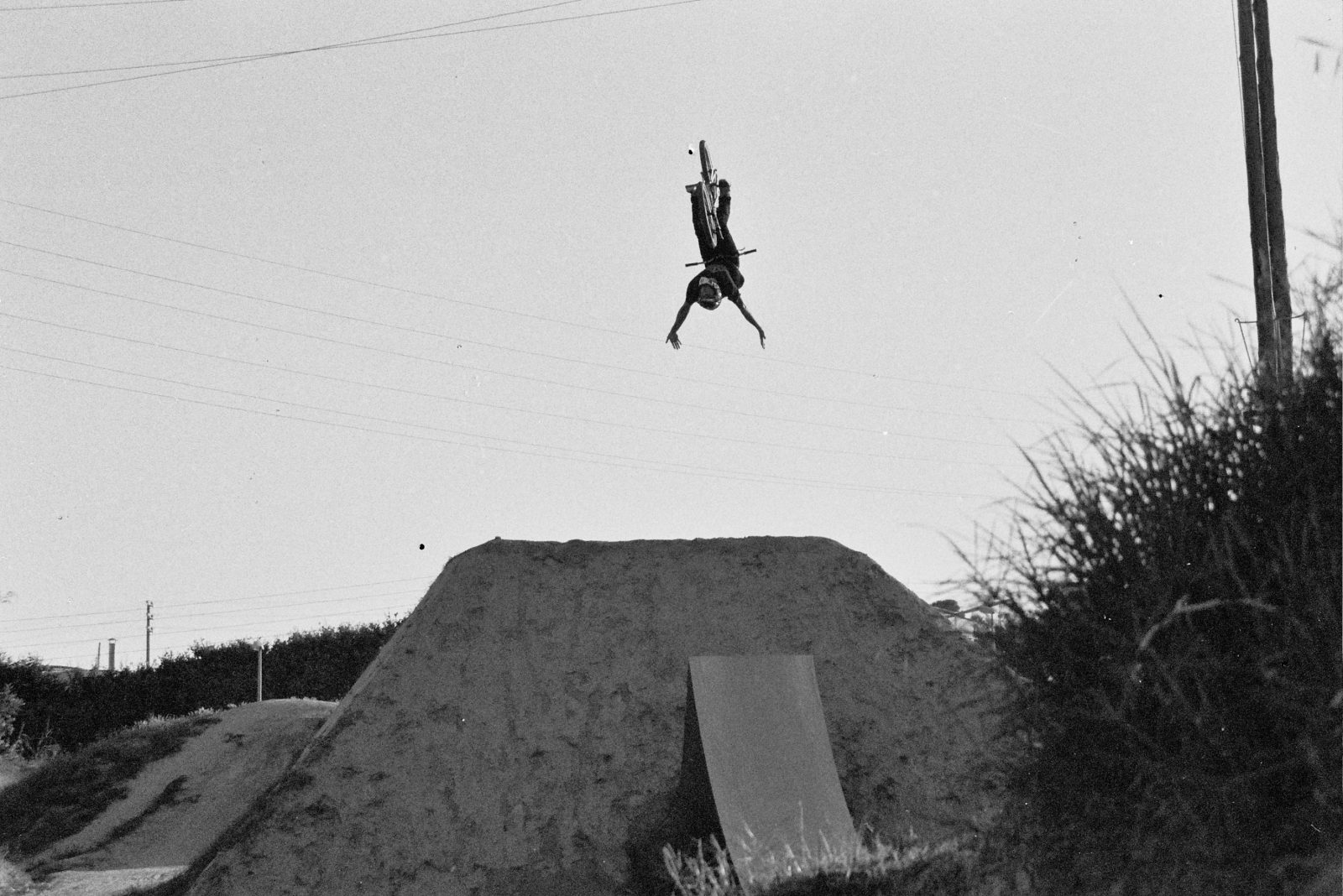 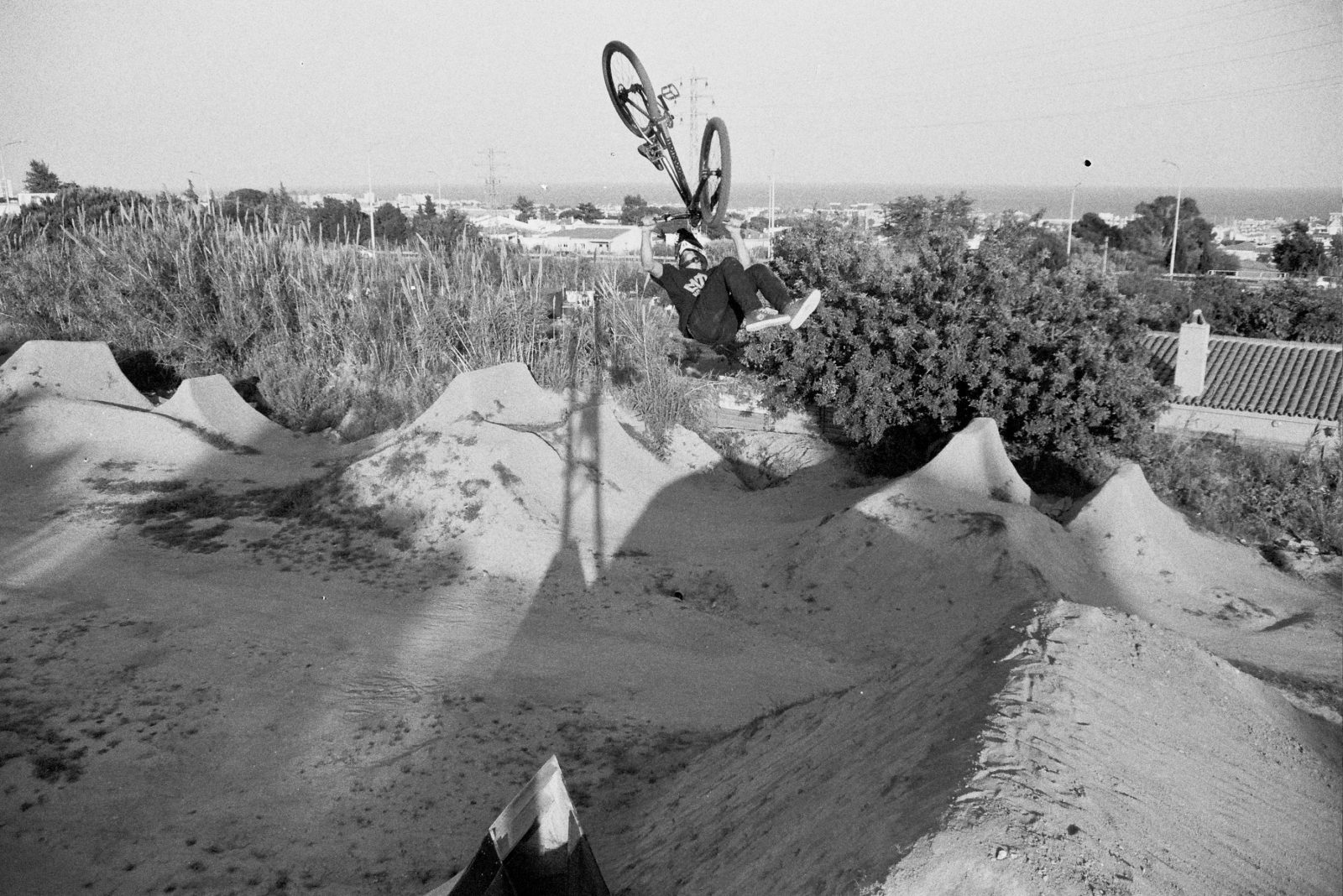 “Barcelona was super rad. Meeting you was great, the jumps were amazing and helped me progress my riding so much. Going into the city at night was mind blowing and so unreal. The beach was right across the street so I didn’t mind going there everyday before riding. I met a bunch of super cool locals and overall I had such a good time.” – DJ Brandt