Vincent Tupin has been pushing his limits aboard a dirt jump and freeride bike for a while. Last year he filmed and jumped huge jumps all over the world. From riding at Chatel’s Bike Festival in France, Loosefest in Belgium, to participating at the Whip-Off Worlds in Whistler, Canada.

Vincent, better known as Vinny-T, had a good season last year and is eager for more. 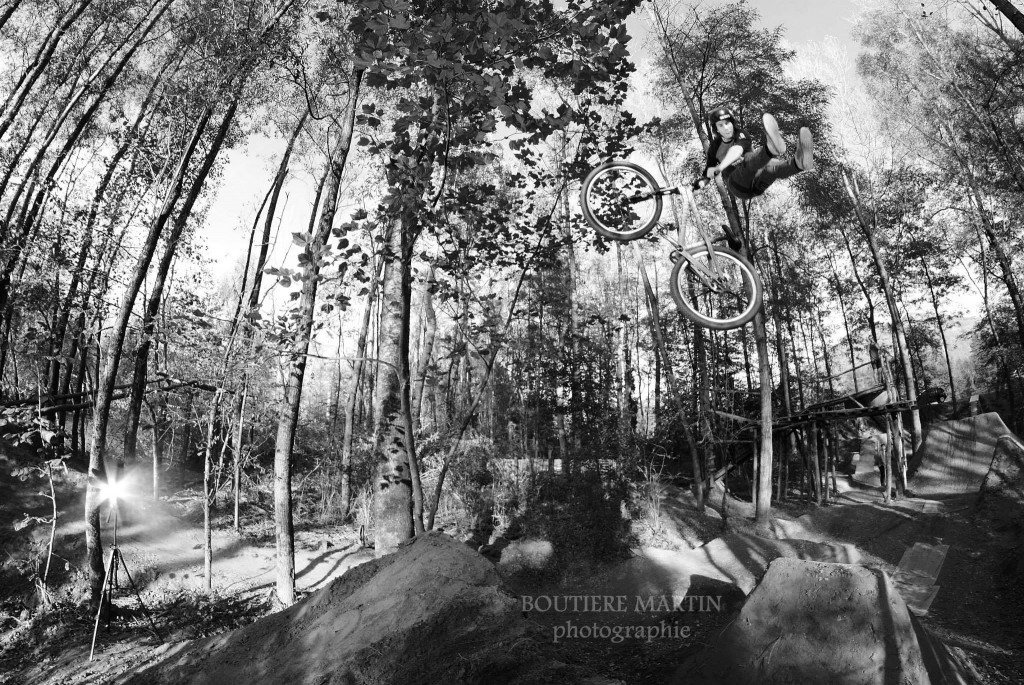 I am not studying this year, so I am working a part time job, and riding my bike in my free time.

I started dirt jumping with a few friends in my village, digging little jumps near my house. The years passed by and the jumps became bigger and bigger. Then I started freeriding with my brother and other friends, and building DH tracks in the forest during the winter.

I don’t really know… Let’s just say all the good times on a bike with my friends.

What does riding a bicycle mean for you?

Fun could be the word to describe it. I travel and meet new people because of riding a bike and it is just awesome.

Stylish, Loose, Clean, Rad & Sick. At least this is how my friends describe my riding style when they watch me ride. 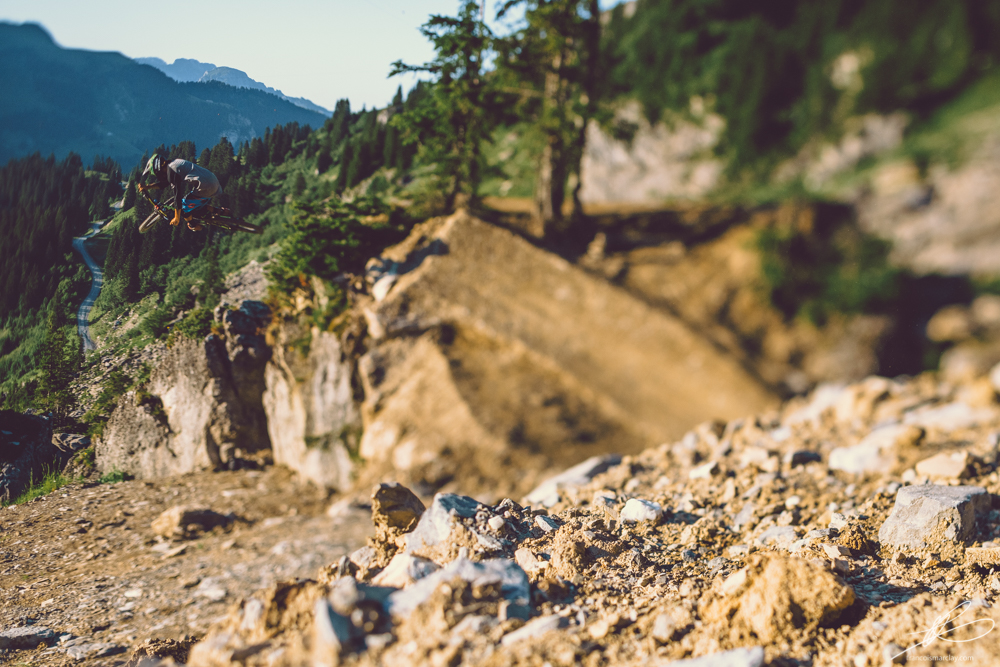 Have you suffered any injuries because of riding?

Fortunately, I have not have serious injuries, just some sprained ankles and wrists.

What does your family think about that?

My mother is always terrified when she watches a video of me, but she thinks that is beautiful, my father likes it, my brother rides with me, and my little sister wants to do the same things I do when she grows up.

Who do you ride with?

Most of the time I ride with my good friend Gaetan Rey, the man behind Shaperideshoot. Riding and filming with him is always a good time. Otherwise, I ride with my brother and other friends.

Yes, I like The Coastal Crew a lot. Also the FEST Series. I had the chance to ride at Nico Vink’s Loosefest event in Belgium and the atmosphere was really good. No pressure, no judges, no schedules. Only fun with a great group of riders pushing their own limits. 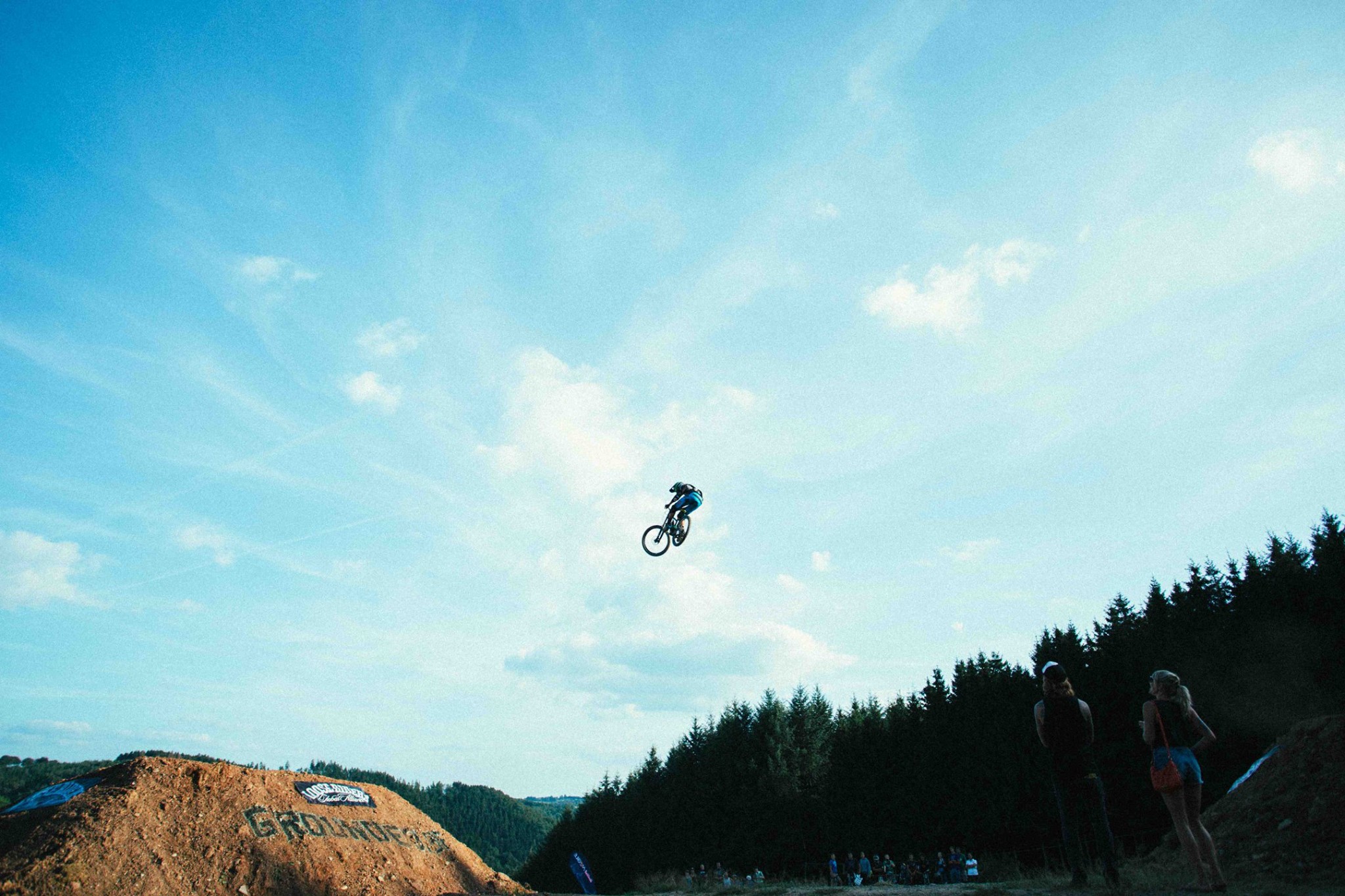 If you had to choose one of these three things, what would it be?
1. Getting a cover of a famous mountain-bike magazine.
2. Winning a well-known contest.
3. Filming a full-length video part with the best film-makers.

I would choose the 3rd one, because filming is what I like to do.

What are your plans for this year?

I just want to have a good year like 2014. Film more videos, ride the FEST Series events, progress as a rider and have fun with my friends, and hopefully, be in Utah in October.

I wish I could have gone to Aptos before the Post Office jumps were destroyed… I would like to go to Kamloops and other sick places in Canada. 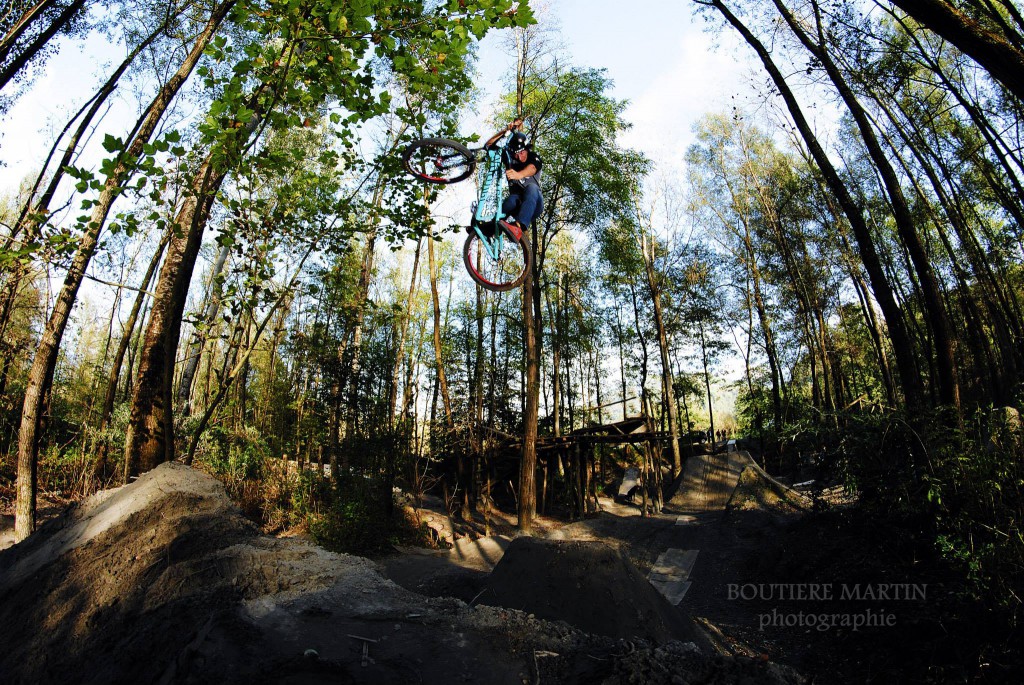 Top 5 riders of all time.

Top 5 videos of all time.

Rad Company, From The Inside Out, NWD 10, Where The Trails End.

I would like to thank Gaetan Rey for all the support and help that he gives me, Ben Walker and everyone at Scott, Mike from Spank Bikes, and to my other sponsors, Fiveten, Mozartt Components, MTB Morzines beds, and you Héctor for the interview.