While most of the riders worry about training tricks to get them dialed for contests and get recognized from it, Cody is digging and riding at his local public Dirt Jump park. He doesn’t like to do what everyone else is doing on a bike, he is one of a kind.

Get to know Cody Gessel.

My name is Cody Gessel, I am 21 years old and I live in Salt Lake City, Utah. I grew up racing Motocross and now I switched to bicycles and I love it. I ride for Deity, Index Ink and Ratking bikeshop.

Right now it’s winter so I deliver pizzas for Domino’s Pizza which is RAD. In the summer, I help building and maintaining the Park City public Dirt Jump park, which is also RAD.

I grew up racing motorcycles and BMX was always something I did for fun on the side. I ended up getting a little more interested in bicycles the older I got. One day I was at our local “mountain bike” spot called I street. I was still riding a super beat up BMX bike at the time and wasn’t fully into it. I ended up riding this guy’s named Eric hardtail. I jumped everything on the first run and thought that was the best thing ever. I ended up getting that exact same bike from him when I was 17 and I was hooked. 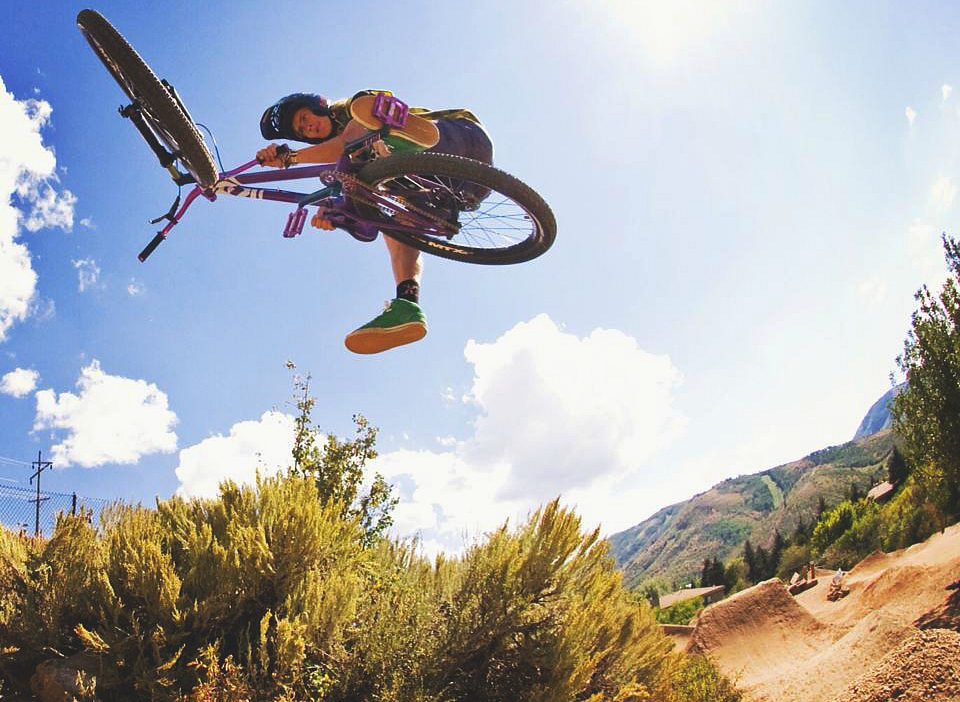 Probably getting picked up by Demon Dirt later that year. I got my first hardtail and had the chance to travel the country and see almost all the big U.S. contests and Crankworx Whistler in one summer.

I follow BMX way more than MTB. The first person I looked up to in mountain bikes was Ben Glassen. He had so much style and bike control, he didn’t want to do what everyone else was doing, he just rode his own way and I really took a lot from that. If I had to sit here and make a list of all the riders I enjoy watching nowadays though, the list would go on for way too long. Just do what makes you happy and have fun.

Get Rad And Kicked Out! 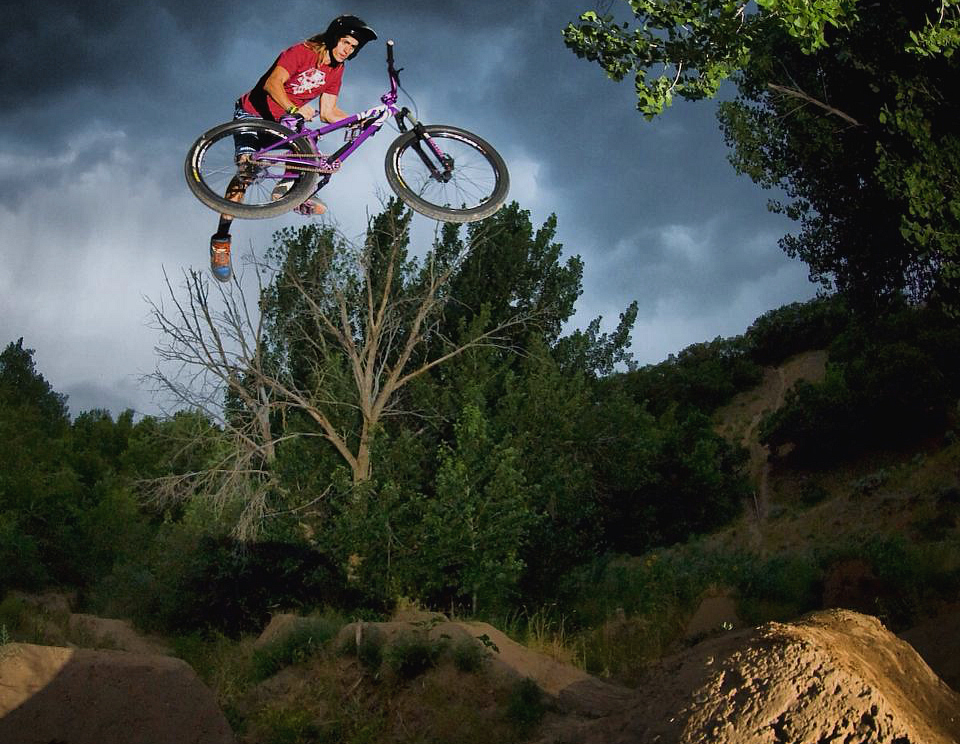 Between Moto and BMX a few for sure. I’ve got a broken leg, hand, foot, scapula and some concussions and other stuff. Last year I broke my wrist pretty good in a real scary crash. The last couple of months I’ve been dealing with collapsing lungs and getting surgery to get that taken care of. My dad hates it and my mom worries but they are both supportive no matter what.

1. Getting a cover of a famous mountain-bike magazine.
2. Winning a well-known contest.
3. Filming a full-length video part with the best film-makers.

A hundred of times over a full-length video part. I think that’s the truest way to really express yourself and your riding and let people see what you’re all about. Also a good video part never goes out of style and can actually be looked back upon in the future.

So much good and a little bad. I love the bicycle industry and I’ve met some of the best people in my life from it. Bikes will always be fun and people will always support each-other through bikes. There is a countless people out there trying to progress the sport for everyone and doing an awesome job. But the industry could definitely use less people out to make money, get fame and attention. Less companies using just any random kid who will throw their logo on to get more exposure. Quality over quantity. Also way more people willing to pick up a shovel and dig at the trails or people willing to give back to their scene and not take what they have for granted. The good outweighs the bad and bikes and the industry will always be rad, I hope.

Dig at the trails, roast and have fun. I just wanna’ travel as much as I can, hopefully taking my time and doing a couple of awesome film projects. Basically, just have fun with my friends.

Everywhere I haven’t been before. Every place unfamiliar with has a spot, a new culture and experience to gain. 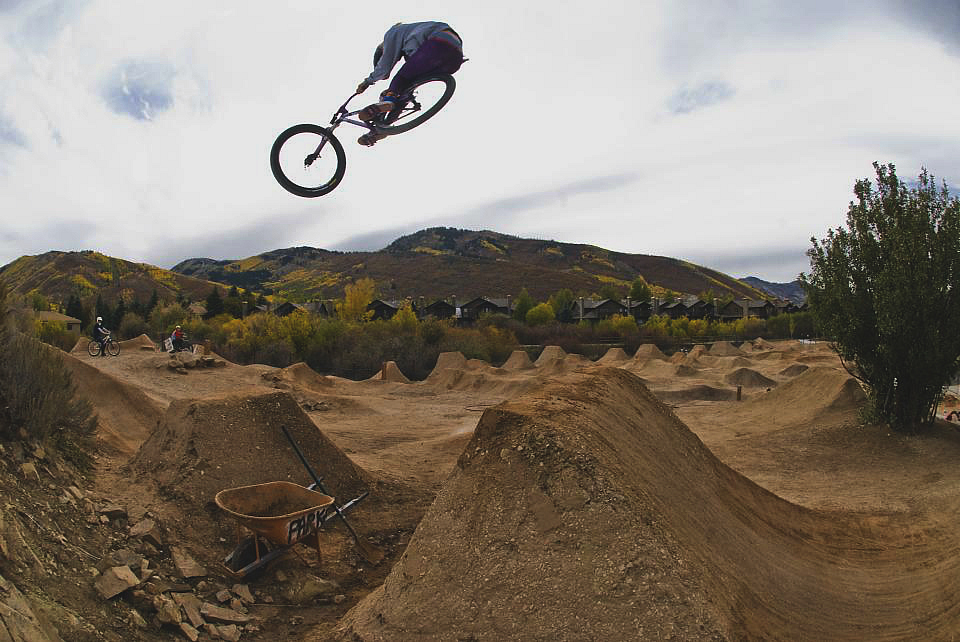 It’s a Deity Cryptkeeper frame – the best frame I’ve ever rode – with all the Deity parts, bar, stem, cranks, pedals, everything. It’s all top quality. I’m running a RockShox Argyle fork which has been so smooth and awesome. The tires and wheels change with every set-up and I use an Ames power step shovel for stacking and sliding dirt.

First of all my Family and Friends for being awesome. Eric and Sadie from Deity, I could write a lot about how awesome and like family they are to me. My good friend Andy Fitz for always being down to shoot rad photos. Chad from Index Ink, so much fun to hang out with and always keeping me clean with clothes. Nick Moore for helping me out since I first started, he’s a rad dude. RockShox has been awesome helping me out with forks and brakes lately. Tate from Park City for giving me the best job ever and keeping me on my bike all summer long. Riley Smith for filming. Mission belt co., Toaster shades and everyone in our local scene who keeps it awesome and fun. I also would like to thank my girlfriend for being an awesome one and Bicycle Nightmares for this interview.