Photographer Cristobal Batlle has been part of the Barcelona Dirt Jump scene for as long as I can remember. Although that he has always been shooting bicycle related things, the last couple of years he has been more into street photography. He has walked through the streets of Paris, London, Istanbul, Rio de Janeiro, and the lonely roads of the Atlas (Morocco) only with his backpack and his camera.

I wanted to see how his photos would look now if he shoot bikes again, and as he lives close to Lloret Trails, it was easy to get him to the trails and shoot with local trail-boss Cristian Rodriguez. 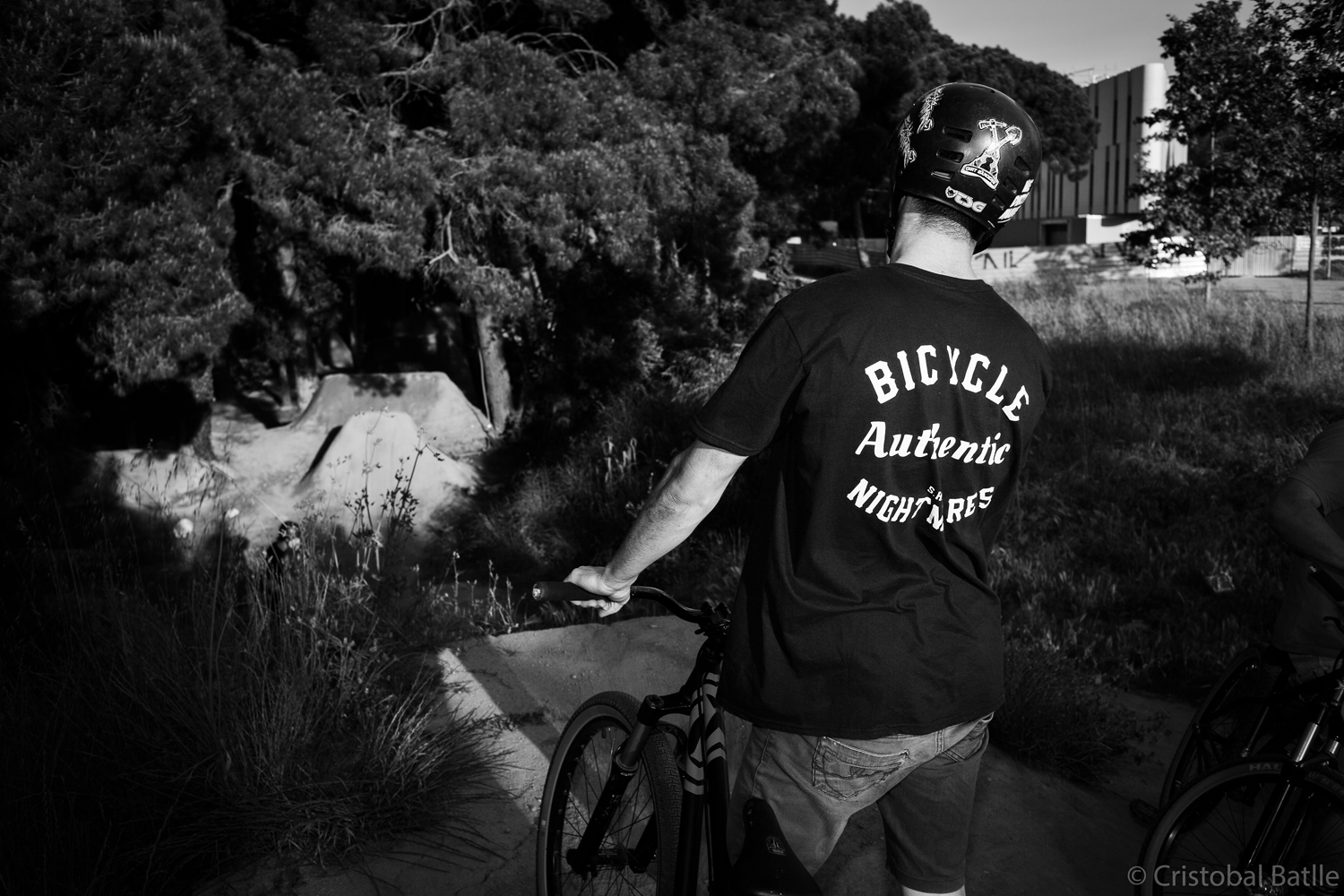 Why Black & White. “I started photography in 2005/06, always shooting in color – sometimes I would do some B/W photos, but they were meaningless. Now digital is boring for me. I don’t feel anything anymore. I have been working and shooting with film for a while and it’s way more fun. It gives me a different perspective to see the things that surround me, an approach to photography that I had never experienced before.” – Cristobal Batlle 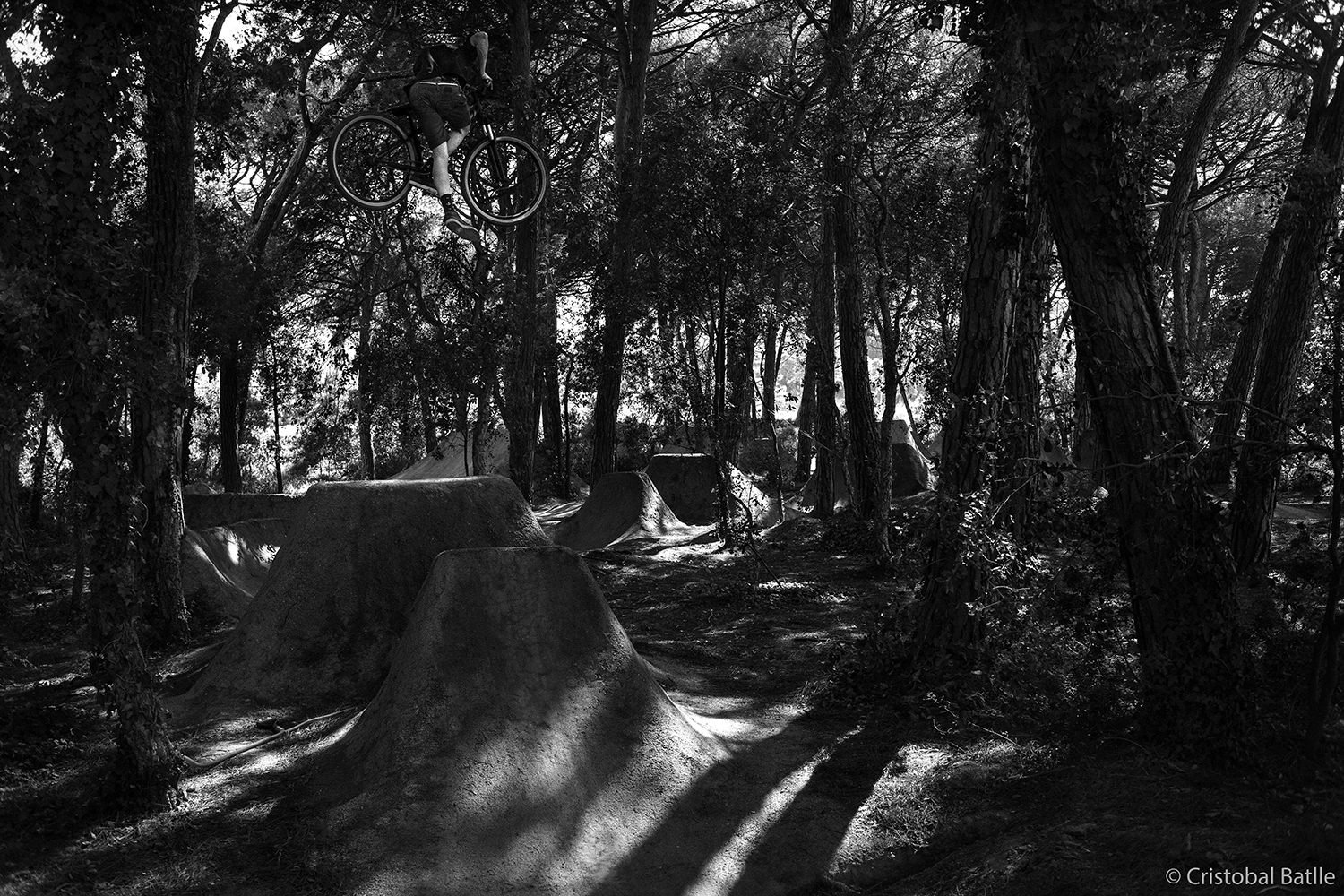 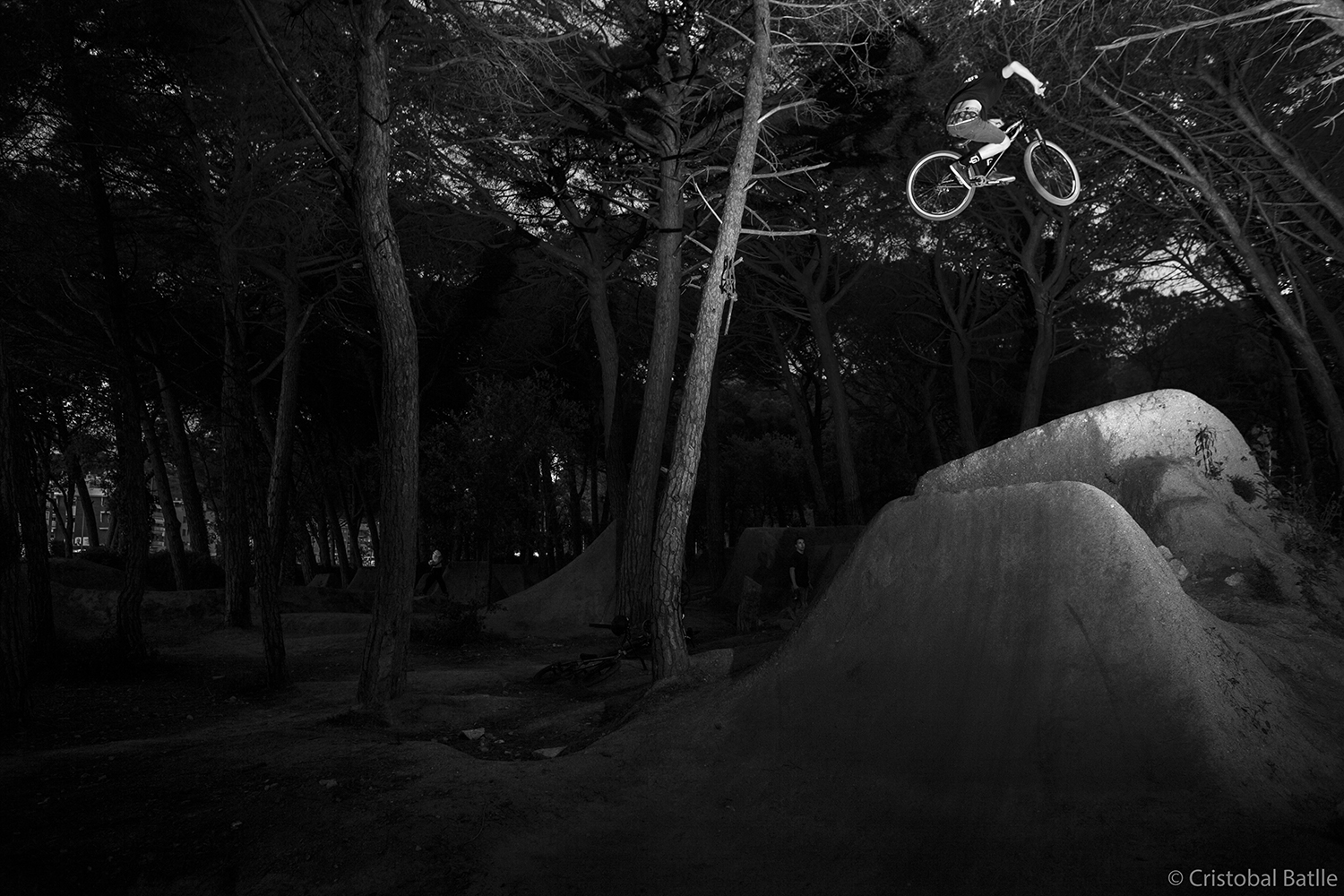 Influences. “There are a lot, but definitely three classic photographers stand out from the rest: Ansel Adams, because of his exceptional control through the development process, from the very first click to the paper photo; Bruce Gilden, and his usage of flash; and the recently dead, Mery Ellen Mark, because of her sensitive images and deep empathy with people.” – Cristobal Batlle 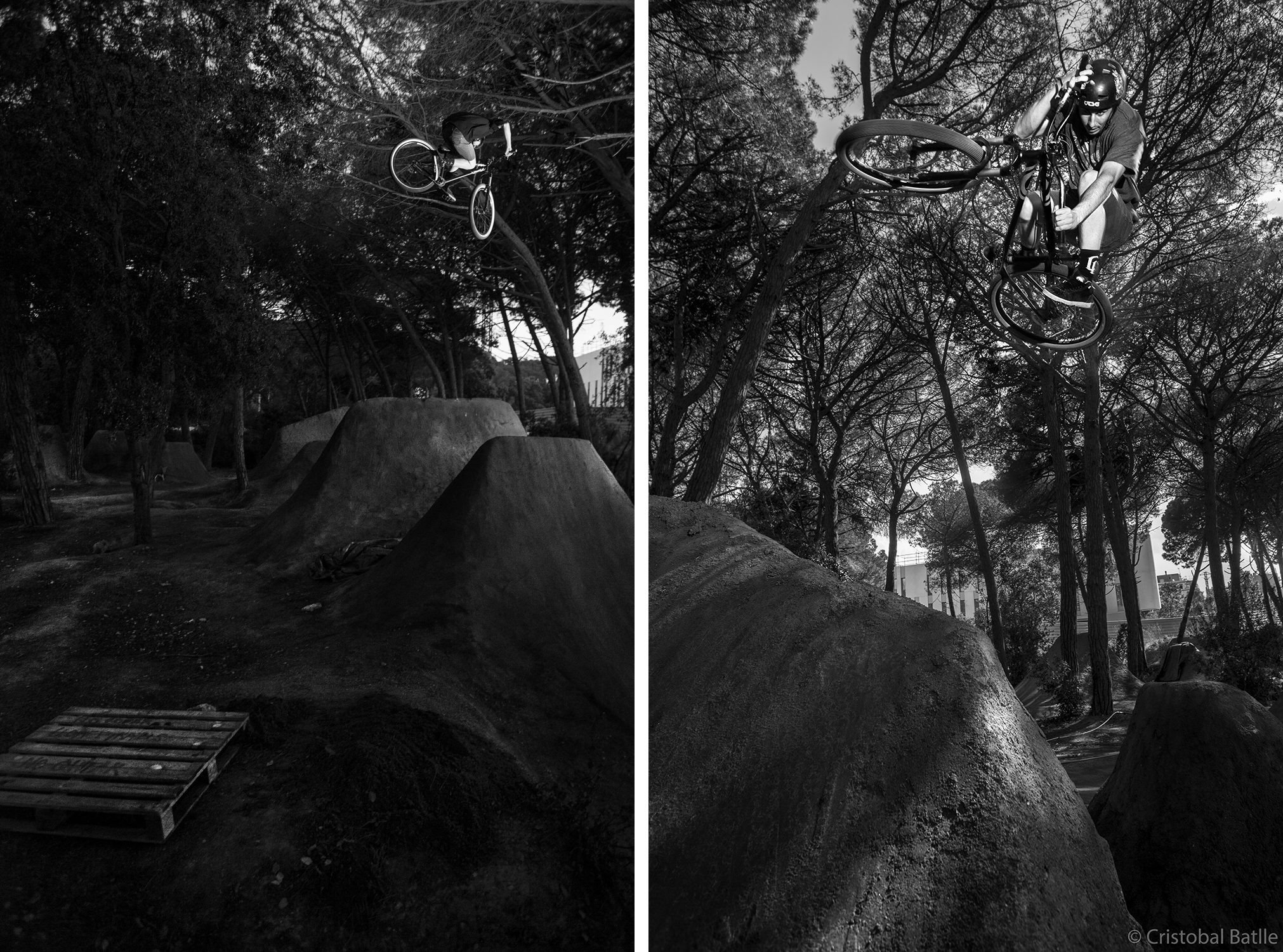 Film photography. “It was back in 2012 when I picked up a film camera for the first time, and also when I entered photography school. I met Enric de Santos, and since then he has been a role model in the film game for me. This year, together with a couple more photographers from Dotze Gats, we founded the first National Association of Analogue Photography, a place where everyone is welcome, from people that has never seen a slide, to fellow film photographers that want to develop their rolls, or just be surrounded by like-minded people. We do photo exhibitions, workshops and courses for those who want to know everything about it.” – Cristobal Batlle 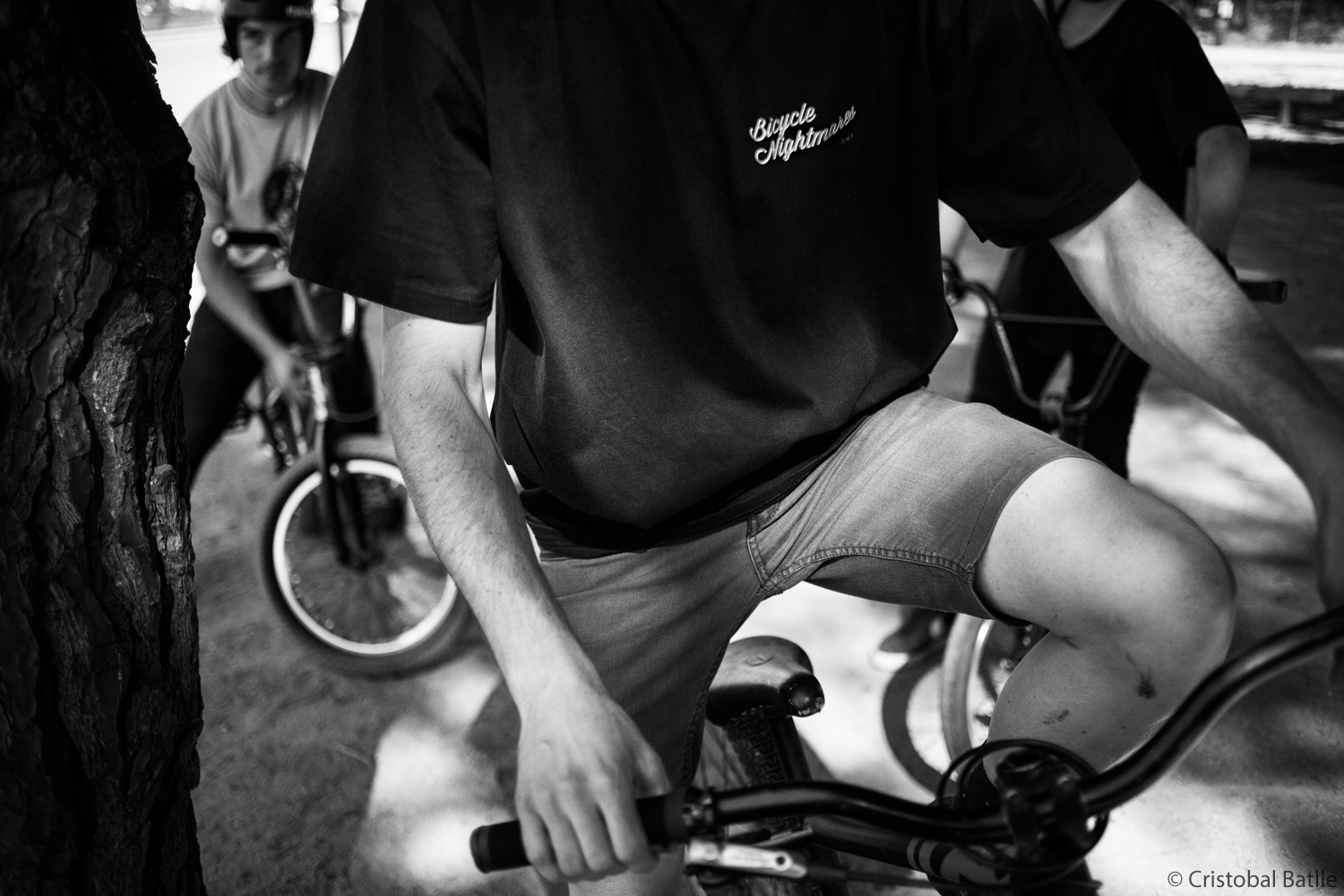