Simon has been part of the crew for a few years now. His effortless and amazing style on a bike caught my attention the moment I discovered him on Instagram. I remember that a couple of months later I asked him if he would like to join BN, and he said yes.

After having met him in person at one of his yearly winter trips to La Poma Bikepark with the rest of the Swedes, I couldn’t have been more happy with the decision I made. Simon is not only an amazing rider, but a great person who represents very well what Bicycle Nightmares is about: style, fun, and humility.

A week ago, I traveled to his hometown of Skövde in Sweden and documented what a day in his life looks like when he doesn’t have to work 8 hours at his family business. 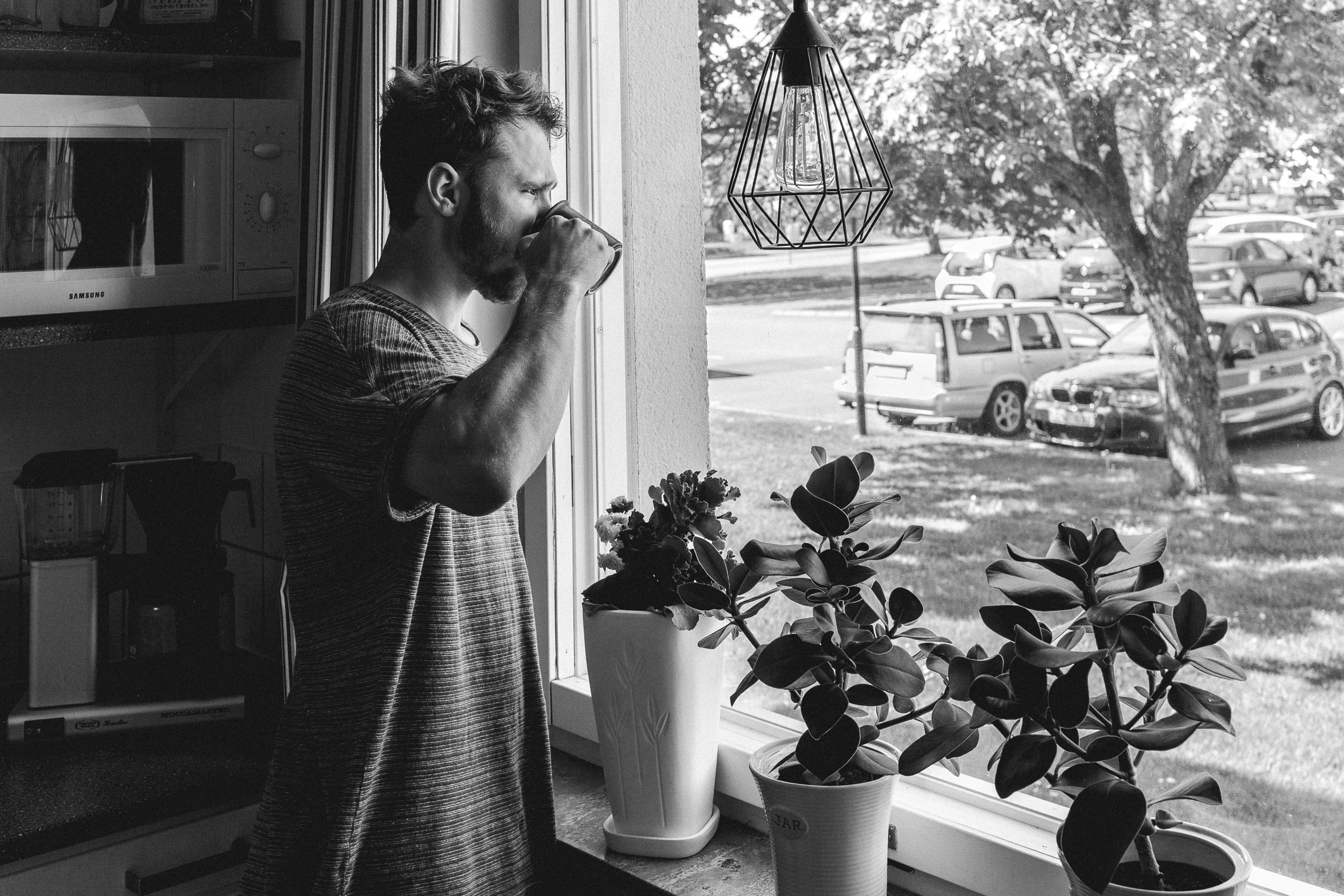 The alarm goes off at 9 AM. After checking his phone for a few minutes, Simon decides to get out of bed. Coffee is ready and it is a beautiful day outside. There is no more snow or wet streets, the sun now shines and the skies are clear over Hentorp.

As I am finishing breakfast, Simon starts playing with his guitar. It is one of his favorite hobbies and gets inspired by artists like Daniel Norgren, The Tallest Man On Earth or Bob Dylan every time his fingers touch the strings. 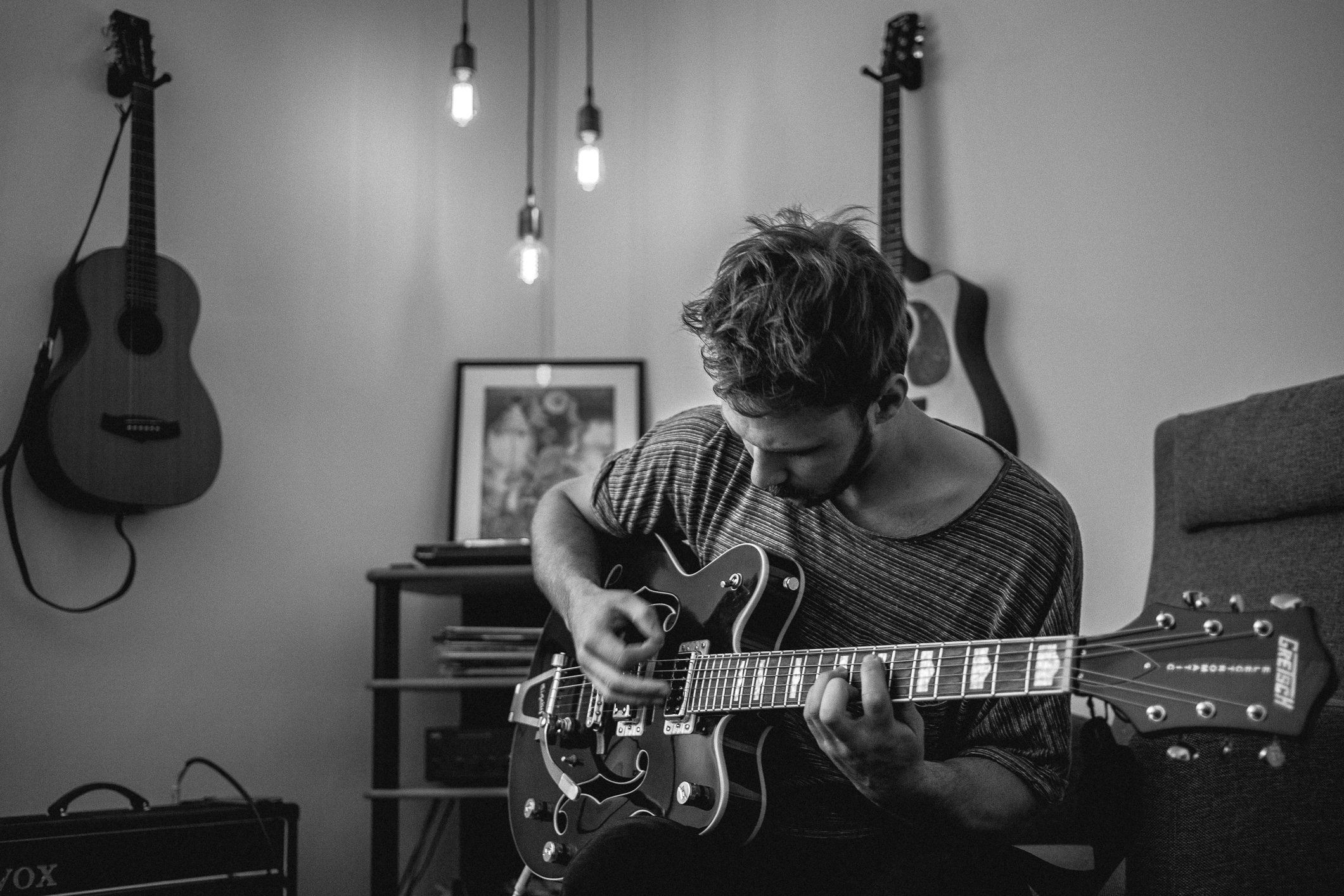 A few songs later, we walk to his garage to grab our trail bikes and get ready to ride in the woods. We are meeting former professional dirt jumper Linus Sjöholm, who now enjoys riding at his local trails just for fun. He is one of Simon’s long-time riding friends, someone who has always looked up to for his approach to riding.

We load up our bikes on the car and head to a secret spot that they have been working on for a while. 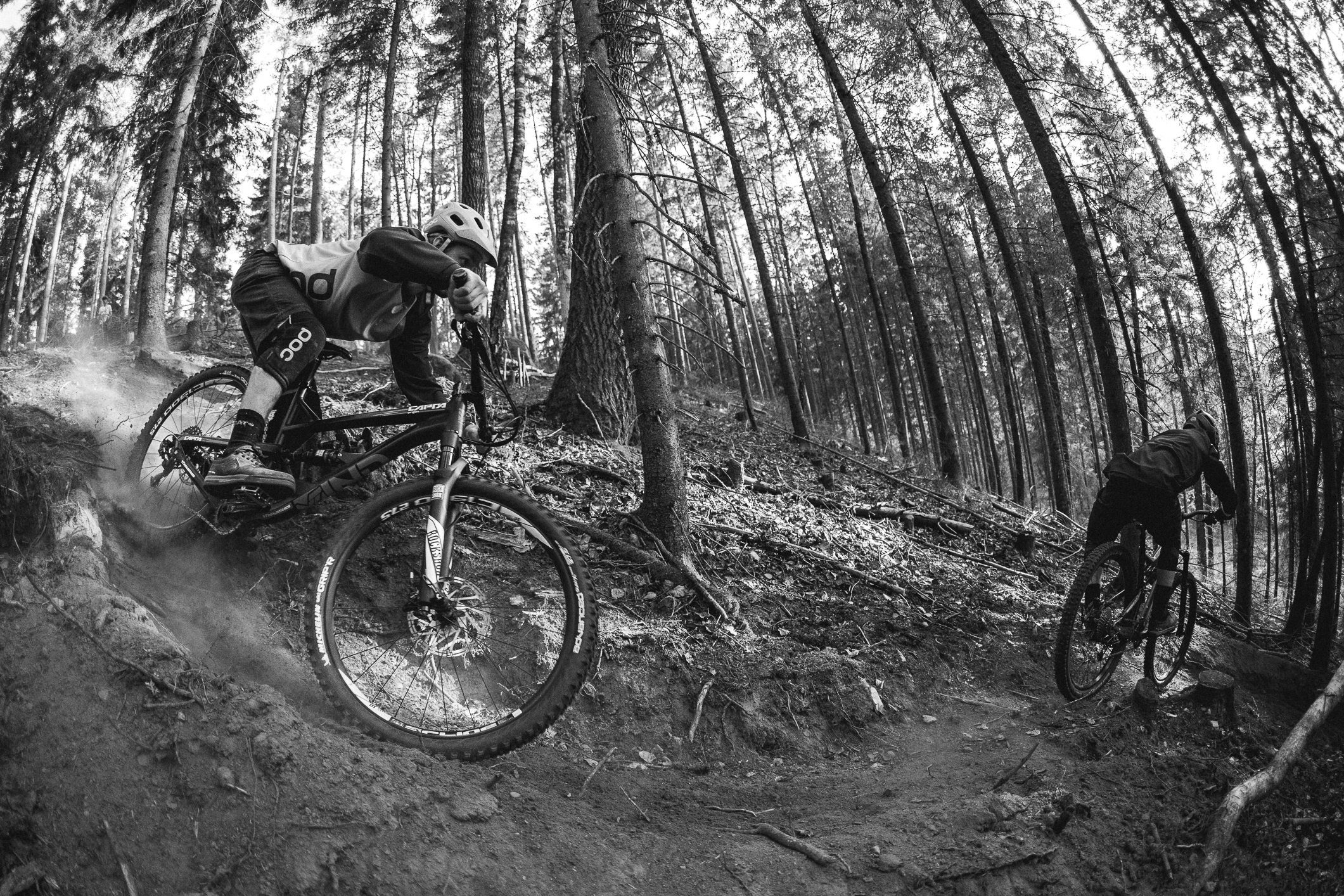 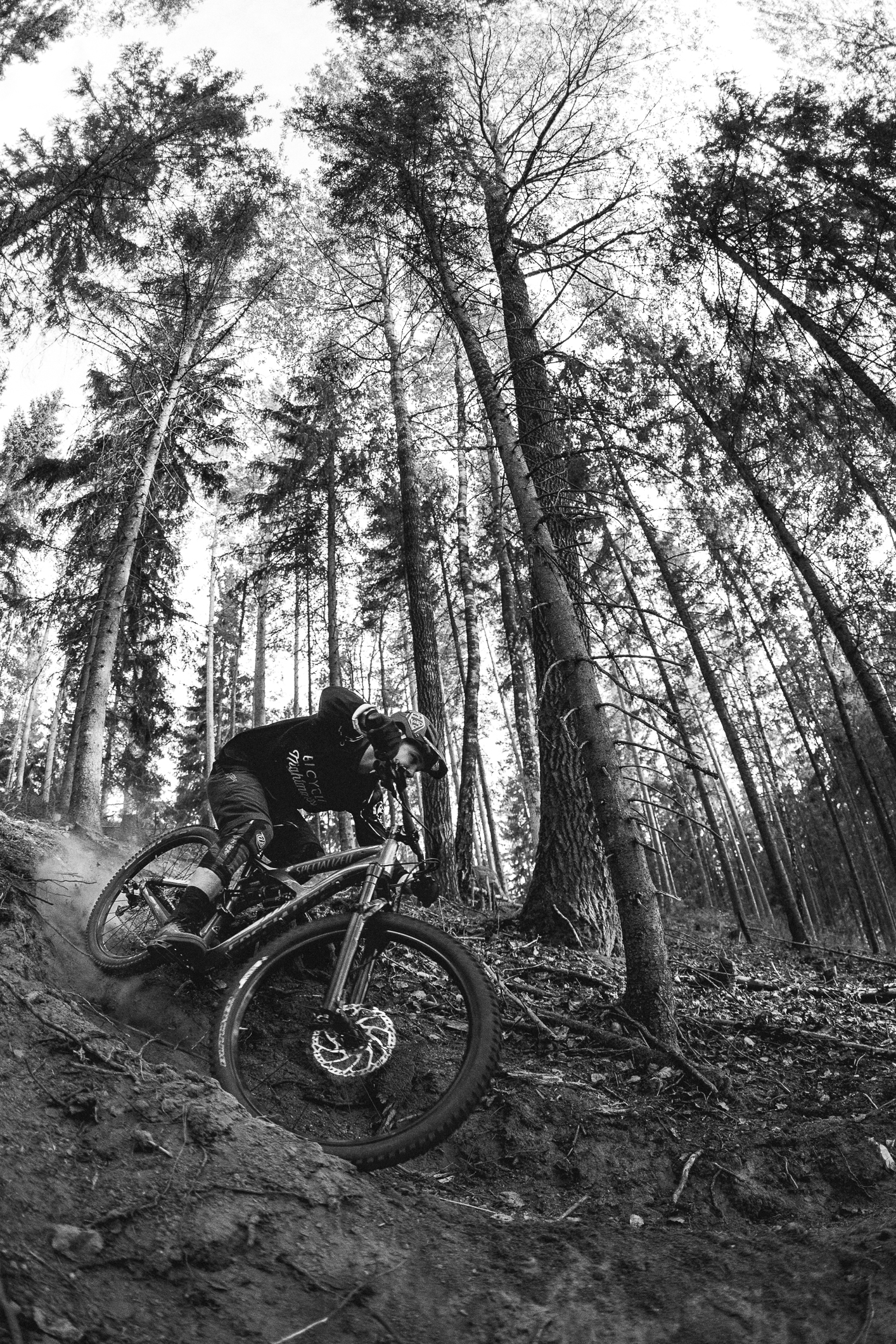 The terrain is steep and very dusty, as it hasn’t rained for a while, but that adds some extra fun on every turn. The last jump isn’t as good as it may look, but Simon does a good job putting some style on it every time he jumps. The place still needs some work to be done, but it has potential.

It is past midday. We are hungry and thirsty, so we decide to go back to the car and drive back into town to eat. 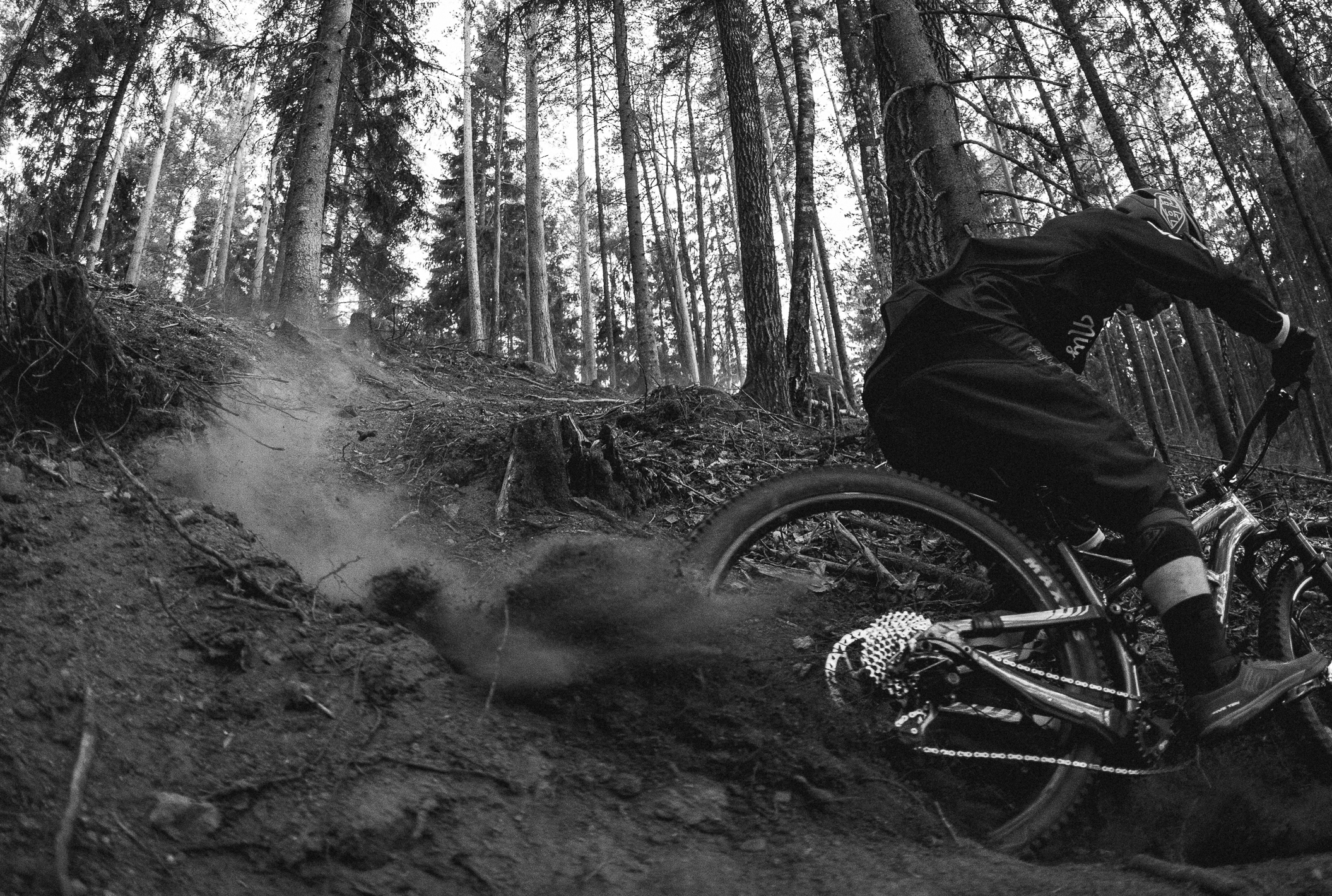 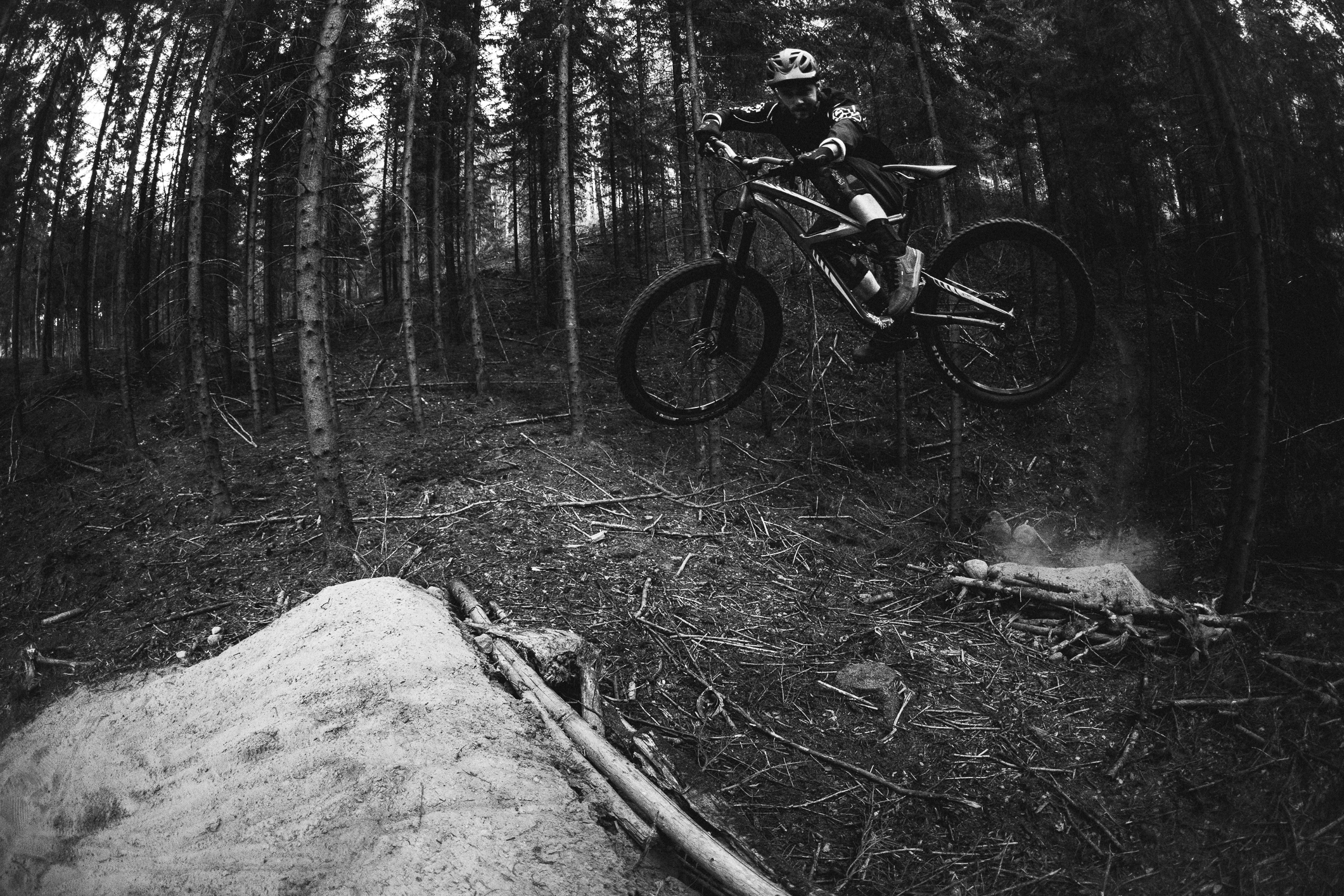 We have filled up our bellies and now it is time to rest before we drive to Våmb to spend the evening riding at Linus’ jumps. 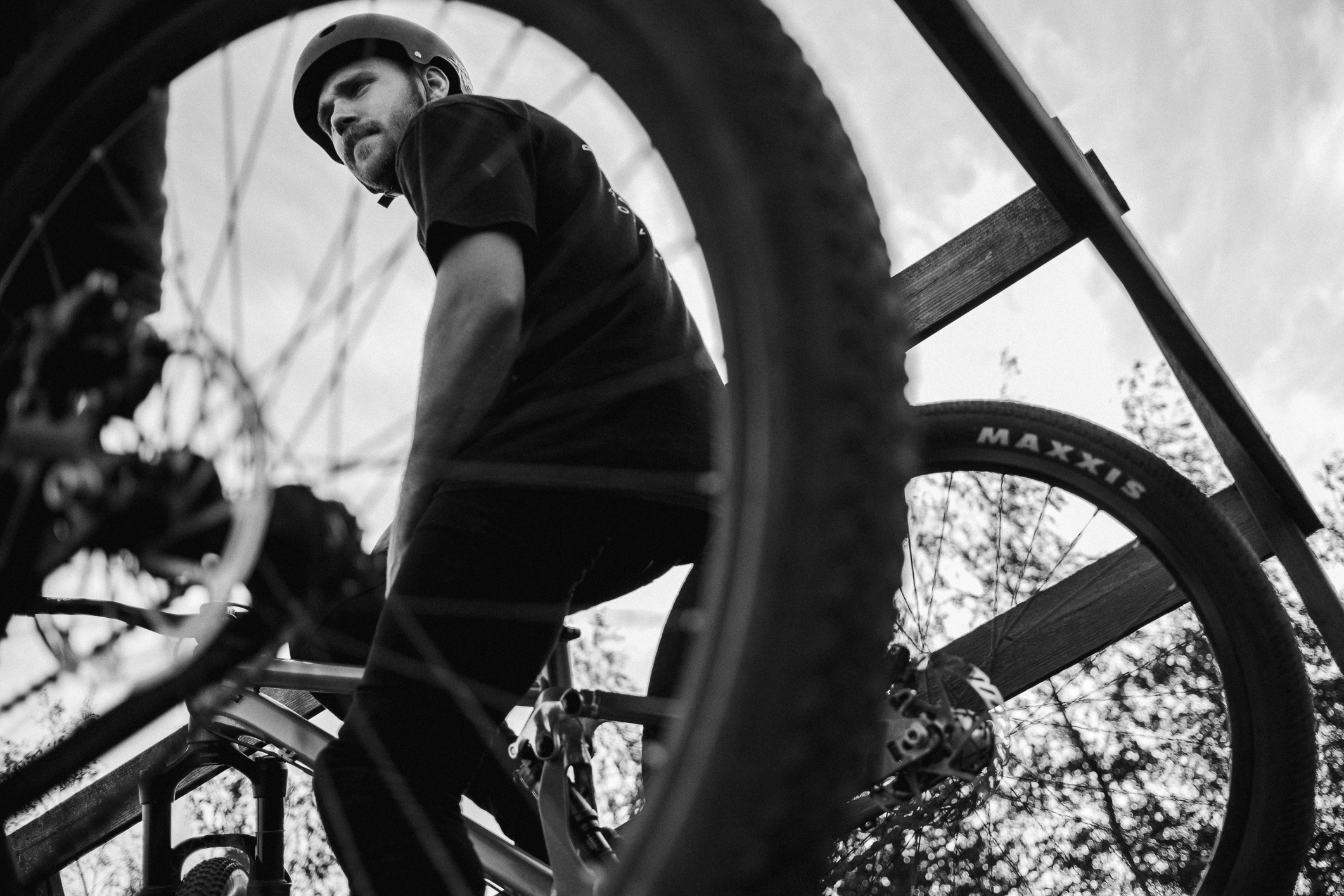 There is so much history about this backyard. It is one of the very few places where riders like Martin Söderström, John Alm Högmann, Linus and other riders from that same generation started to ride and progress in Sweden. Eventually, they influenced younger riders like Simon, Anton Thelander or Max Fredriksson, who would join the crew and became part of a new generation of riders. 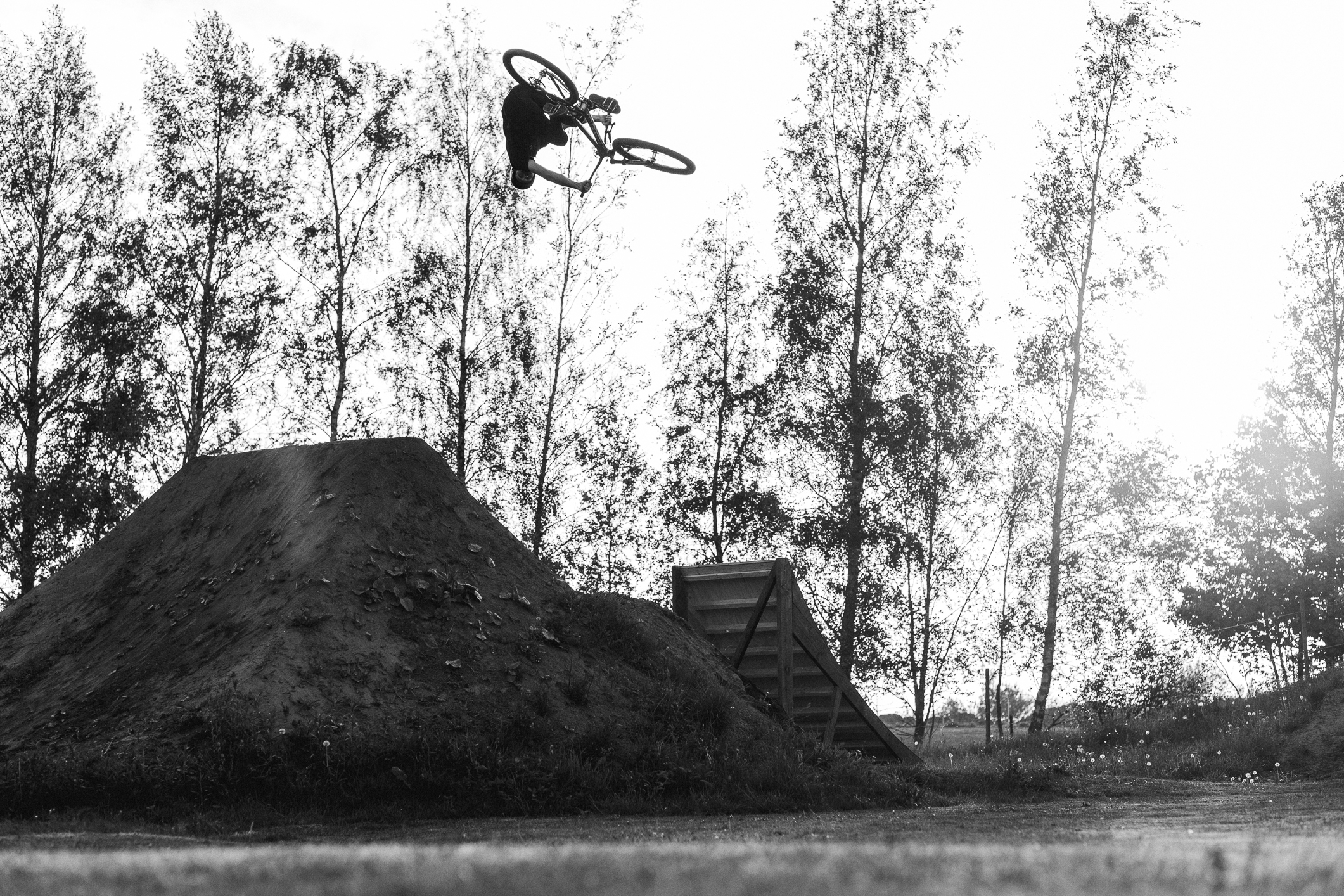 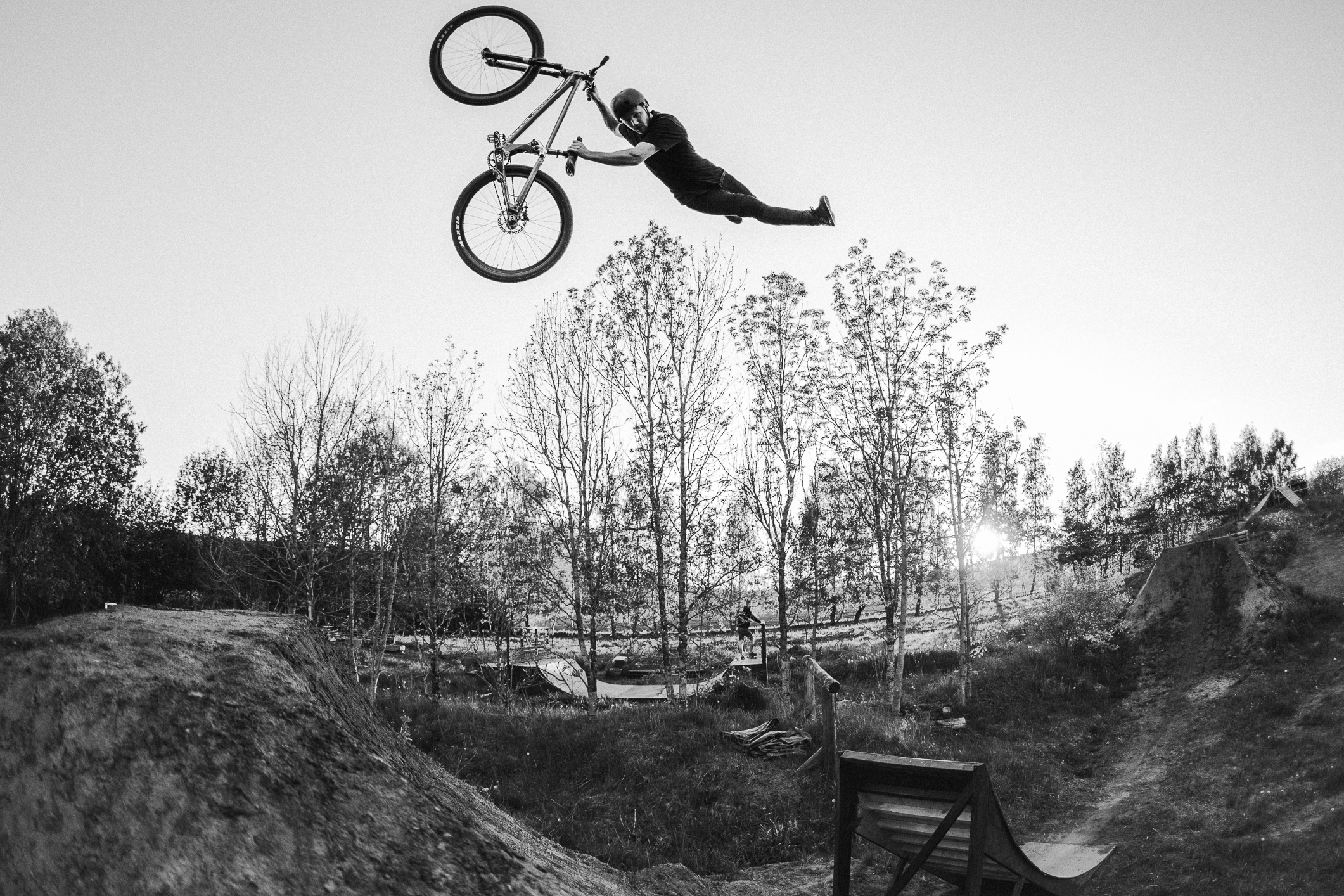 It is safe to say that this is Simon’s local spot. Just after doing two warm-up runs, he spins the first jump as if he was jumping straight, and then throws down a super stylish super seater indian air on the second jump with no problems at all.

He walks up with his bike to do more runs before the sun sets on the horizon. 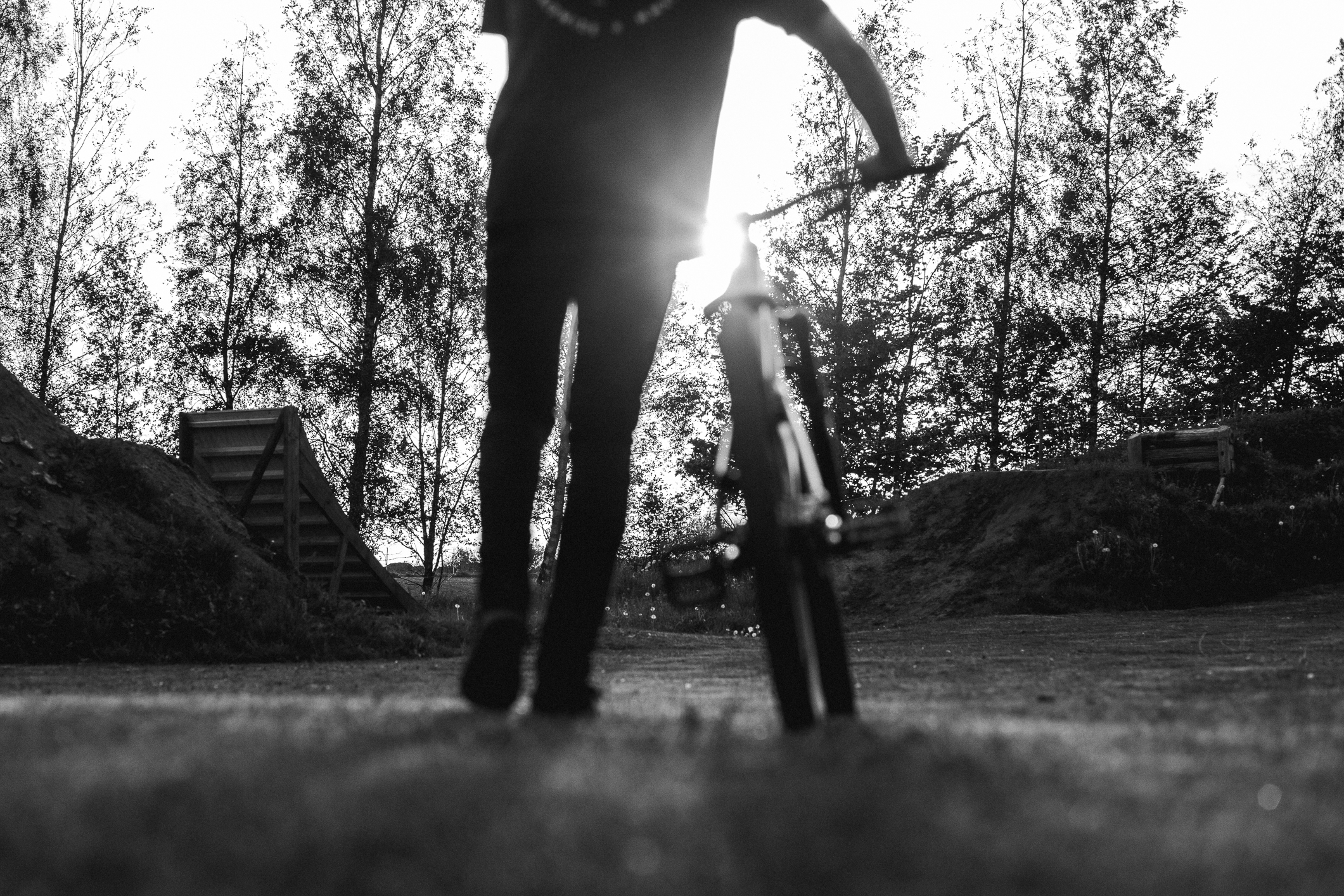 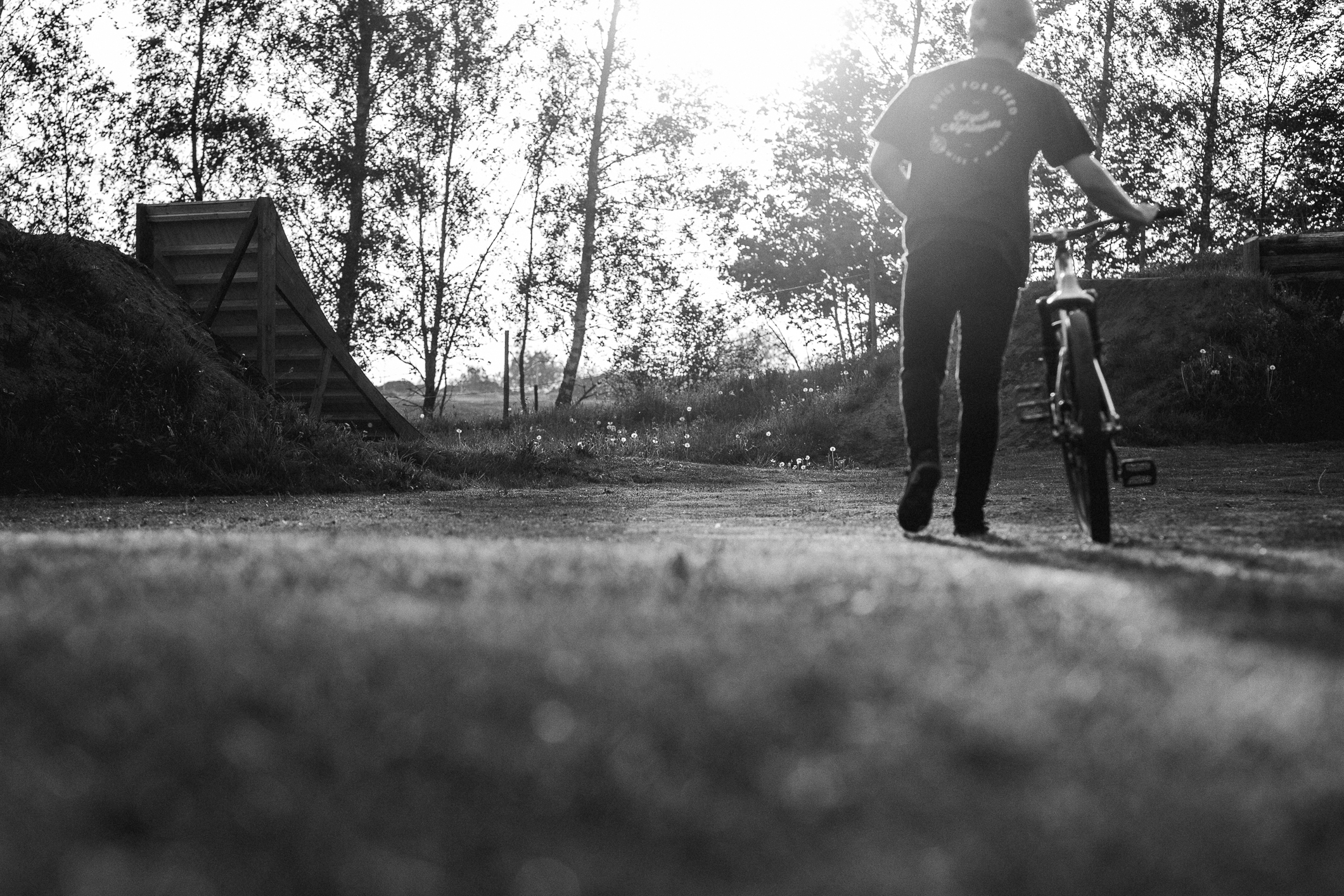 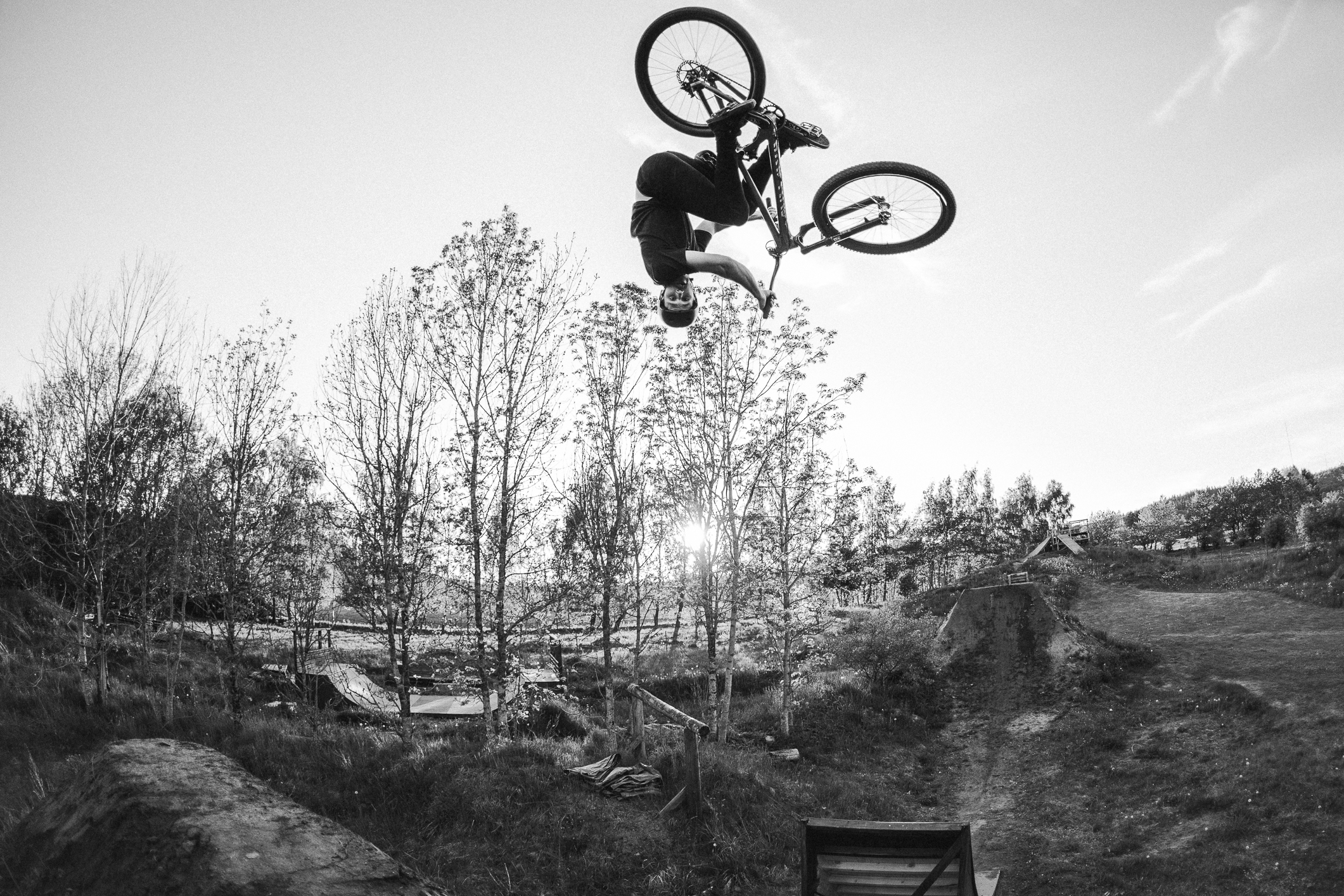 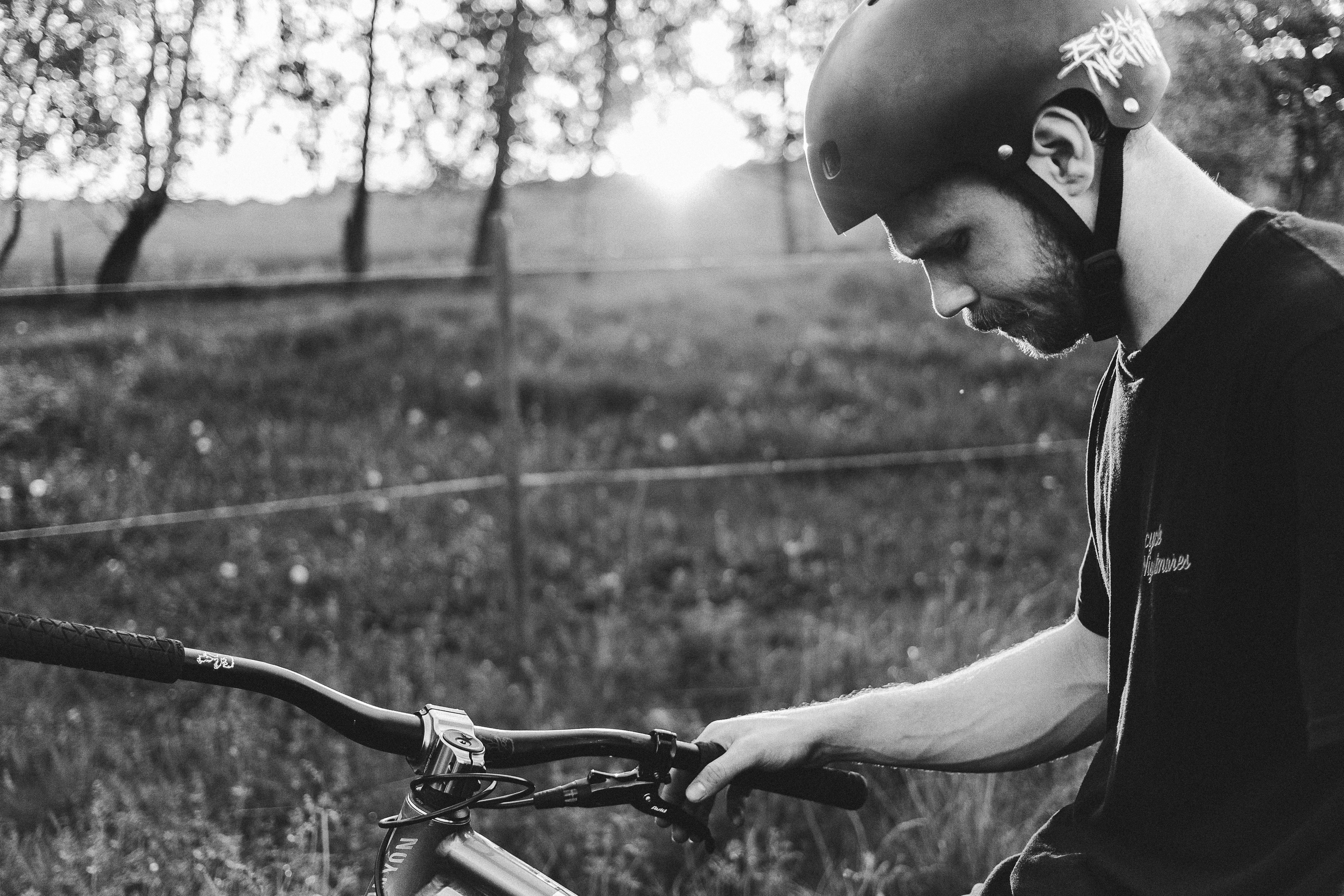 Simon is tired. We have been riding all day and it is time to go home. 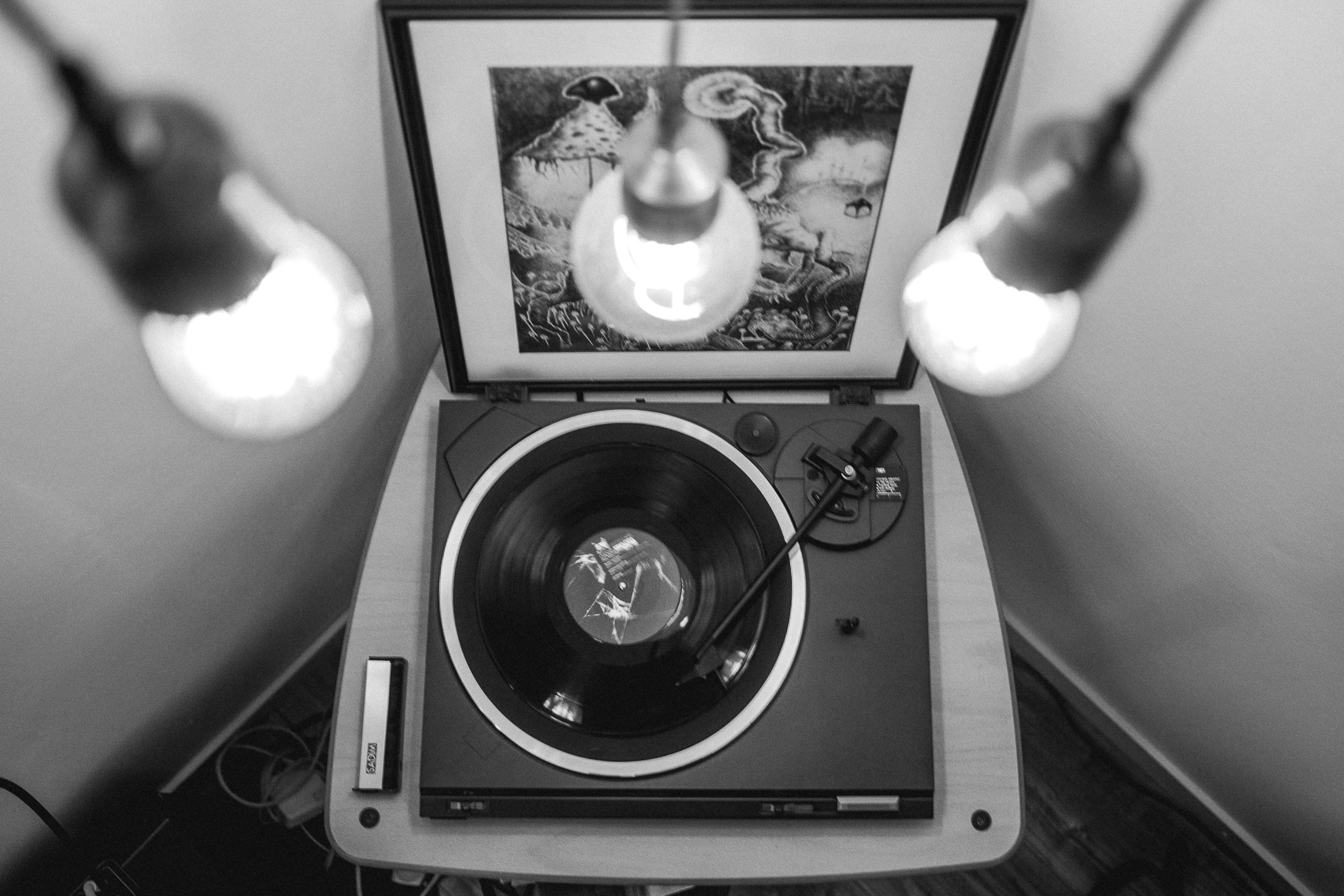 As you can see, music is a big part of his life. He has been collecting vinyl records for a while and even made a music corner at his apartment. 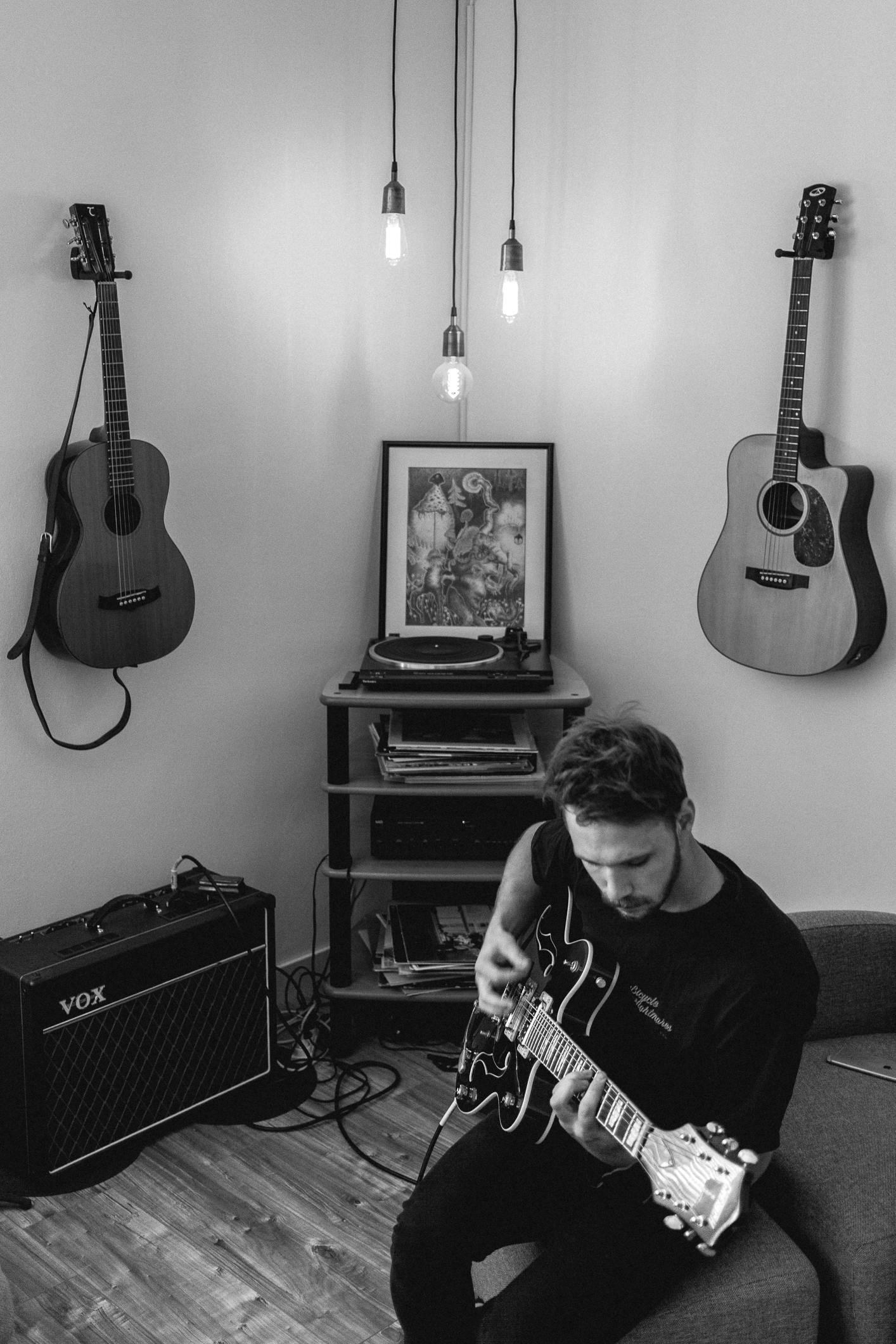 This is where he plays guitar every morning and night. This is how he relaxes before going to sleep. This is how Simon lives.